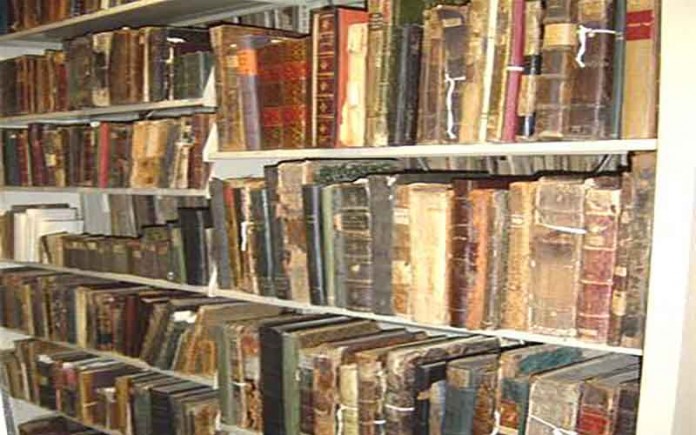 Over the past few months, a fun tradition started by Rabbi Dovid Bashevkin has developed on the wonderful little corner of social media called “#FrumTwitter.” After every Shabbat or Yom Tov, one posts a picture of what one read or learned. It is a great way to start conversations and have some fun, and I have gotten into it as well. One week I posted a stack of a few dozen books that I consulted on a “deep dive” into halachic issues, and another week I posted the nutritional information on the side of a cereal box, which was all I managed to read that Shabbat.

This past Saturday night I tweeted about the book I read over Shabbat – the first volume of Rabbi Yehoshua Menachem Mendel Ehrenberg’s responsa, Devar Yehoshua. How I came to be studying that sefer, and what happened when someone saw me studying it and struck up a conversation, are part of a story worth telling.


Before Shabbat I had never heard of Rabbi Yehoshua Menachem Mendel Ehrenberg. I had heard Devar Yehoshua mentioned in passing, but I had never bothered to probe further.

My wife, Pesha, teaches at Midreshet Amit, a gap-year seminary in Jerusalem, and our family was invited to join a school Shabbaton in Arad (the town in Israel’s south, not the city in Romania). The town has gone through several iterations since its founding in the 1950s, the most recent of which is the large number of Gerrer chasidim who have moved there in recent decades to take advantage of the very cheap housing available there. The town’s central Ashkenazi synagogue has basically become a Gerrer shtieble in recent years, and that is where we went on Shabbat morning.

Whenever I enter an unfamiliar synagogue, I almost always check out the bookshelves first, to see if I can find something that piques my interest. One chasid asked me what I was looking for, and I responded, “I don’t know yet.” Unfortunately, there was not much of a selection, so I settled on Midrash Rabbah, even though it is something that can be found in many shuls. It was good to have something, because the davening was quite long.

At some point, I noticed a room with a much larger selection of sefarim. It was locked, and I soon learned why: It was set up for a kiddush/coffee break that took place before leining, while the honors were being auctioned off. Once that room was unlocked, and while the throwback auction was taking place, I resumed my hunt.

I quickly found the shelves that held my favorite genre of rabbinic literature: she’elot u-teshuvot, or responsa. I own most of the volumes on the shelf, but there was one that I did not: volume 1 of Devar Yehoshua.

I blew off the dust and opened it up. The title page identified the author as a dayan in the rabbinical court of Tel Aviv-Yafo, and the date of publication was listed as 1970. I turned to the first responsum in the book. It was a question written to Rabbi Ehrenberg in Tishrei, 5704 (September/October 1943), when he lived in Budapest. The question came from Weitzen (Vac, Hungary); a rabbi there asked if he was required to travel to Budapest for the first days of Sukkot, as it was the only place that an etrog would be available.

The question was enough to completely enthrall me. Even as World War II raged (though Hungary was still relatively safe for Jews, for a few more months), Jews were asking about how to best perform mitzvot. Rabbi Ehrenberg’s response was also fascinating. He broke the issue down into component parts and analyzed each of them independently before bringing it all back together. One question might be answered over the course of several different essays or simanim. It is a unique organizational scheme that highlights the author’s mastery of the material.

Another question was written on a train from Budapest to Bergen-Belsen in the summer of 1944; I immediately identified that train as the famous (and controversial) Kastner train, on which close to 2,000 Jews were saved, including Rabbi Ehrenberg and two of his daughters. In a footnote, the author explains that he had very few seforim with him when he wrote that responsum.

Another interesting (and wrenching) question came from a Hungarian rabbi who was recuperating in Basel, Switzerland after the war. The local community was supporting him financially. During the war, the rabbi of Basel had permitted stunning animals prior to shechitah, in compliance with Swiss law, as no other meat was available. He retained his permissive and highly controversial ruling even after the war. Some members of the local community asked the recuperating Hungarian rabbi for his opinion on the matter, and he sensed that they were merely trying to sow discord. On the other hand, he genuinely felt that stunning animals prior to shechitah renders them unkosher, so he wrote to Rabbi Ehrenberg, then in Caux, Switzerland, for guidance.

The response includes an analysis of the duty to render halakhic rulings and a sprawling discussion of a concept encountered in Daf Yomi just a few days ago, namely, that at certain times it is preferable to leave people alone and not inform them that they are in violation of a prohibition because “it is better that they are accidental and not wanton [sinners].”

I spent most of the time until shul was over with this sefer. A few chasidim craned their necks to see what the fellow with the longish hair, leather kippah, and short sleeves was learning. When we returned to shul for Mincha, I went straight back to that shelf, took the sefer, and continued. After Mincha, I decided to stay for a few more minutes to skim through the rest of the book. In one series of responsa, Rabbi Ehrenberg justifies and even advocates lighting Chanukah candles indoors, against the increasingly common practice in Israel of lighting outdoors.

Perhaps the most jarring series of responsa concerned a case from Buenos Aires, Argentina. A young, religious woman had married the son of a wealthy and powerful local family. After some time, she felt that something was wrong, so while her husband slept, she discovered that his body seemed to have some female characteristics. The husband refused to submit to a medical exam or appear before a rabbinical court, and the wife wished to know whether she was considered married to him. Rabbi Ehrenberg strung together several uncertainties (perhaps the husband is not a man; perhaps, even if he is, the kiddushin are invalid because the wife was misled, etc.) and ruled that she needs no get to remarry.

Between Mincha and Maariv, as I continued studying this remarkable work, a man of about 60 came back a second time to look at what I was learning. This time we struck up a conversation. He asked why I was reading that book, and I explained how it sparked my interest and how much I was enjoying it, how Hungarian responsa in particular really check all the boxes for me.

This man then told me that Rabbi Ehrenberg was his maternal grandfather! His father was a Gerrer chasid, and so is he, but his mother’s family was Hungarian. He was in Arad visiting his daughter and her family for Shabbos. We chatted until Maariv, and then he gave me his phone number and said that he would try to track down a set of the responsa for me.

There is surely serendipity at play when one pulls a relatively obscure volume off a shelf and ends up meeting its author’s descendant. But just as surely, it is precisely those dusty and neglected volumes that invite conversation from people who find them equally enthralling, inviting serendipity to do her thing.

And that, in short, is what I learned over Shabbat.