Prime Minister Naftali Bennett announced Sunday morning during a cabinet meeting that he had reached an agreement with Pfizer CEO Albert Bourla to receive an early delivery of his company’s vaccine on August 1.

The special relationship between Israel and Pfizer was struck by former PM Benjamin Netanyahu, who received the CEO’s praise for his “obsessive” efforts to secure a coronavirus vaccine deal for Israel. Bourla told reporters: “He called me 30 times.”


There’s no telling how many times Netanyahu’s successor called the Pfizer chief, but whatever he has done alleviated the concerns of those Israelis who feared that with Netanyahu’s departure, Israel’s clout with the Pharmaceutical giant would wane.

Israel has just ended an effort to vaccinate some 300,000 Israeli children ages 12 and up before its stock of the Pfizer vaccines would expire for the first shot. The success of this effort was a bit disappointing – according to Health Minister Nitzan Horowitz, about 200,000 minors were inoculated for the first time and will receive a second shot in three weeks. Now it appears that regardless of the old stock expiring, Israel will continue to provide uninterrupted and unlimited vaccinations.

At the cabinet meeting, PM Bennett added that he is considering bringing back restrictions on large public events due to the increase in morbidity, as well as the possibility of restrictions on the high holidays and the new school year. “There’s no reason to get to the 90th minute and then make hasty decisions as we’ve seen before,” Bennett said, referencing the 90-minute long game of soccer (tonight is the Euro 2020 final between Italy and England – DI).

Bennett added about the new vaccines, “together with the existing stock, ensure from this moment on a continuous stock of vaccines in the State of Israel.”

“I would like to emphasize – there are vaccines for everyone,” Bennett stressed. “We also have a first course in stock and a second course that will arrive, as mentioned, in early August. Those who have not yet been vaccinated, young and old alike – go out today to get vaccinated. Everyone vaccinated protects both themselves and their grandparents, and also allow the State of Israel to continue to operate routinely without lockdowns.”

Health Minister Horowitz told Reshet Bet radio on Sunday that starting today immunocompromised people will be able to receive a third dose of the corona vaccine. He explained that these are people who have a decrease in immunity for medical reasons such as having received an organ transplant. Regarding the vaccination of the entire population a third time, Horowitz said the issue is still under consideration.

Last Thursday, Pfizer announced it was planning to seek the Food and Drug Administration’s approval in August for the third dose of its COVID-19 vaccine, claiming the third shot within 12 months could boost immunity dramatically and even increase resistance to the latest coronavirus mutations.

On Saturday Israel saw 261 new verified Corona patients, based on 50,325 obtained test results. As of Sunday morning, there are 44 Corona patients in serious condition in Israeli hospitals, 12 of whom are on respirators.
A total of 6,436 have died from the outbreak of the pandemic in February 2020. 5,728,526 Israelis have received the first dose of the vaccine, 5,190,709 the second. 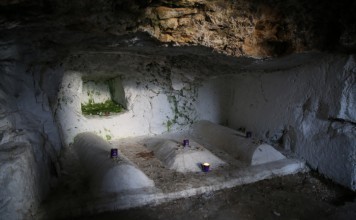 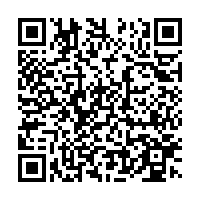