The National Council of Young Israel (NCYI) last Thursday issued a statement in response to anti-Israel and anti-Semitic slogans that were heard at an anti-Israel march in Washington, DC, where the marchers carried Black Lives Matter and pro-Palestinian signs.


NCYI President Farley Weiss said: “Whether it is yelling anti-Semitic comments during a march in our nation’s capital or vandalizing and defacing synagogues and Jewish-owned businesses in Los Angeles with anti-Semitic messages during a protest, these blatant expressions of bigotry are intolerable and must end.”

Weiss condemned the marchers who “desperately seek justice and an end to racism” and “are themselves engaging in abhorrent and hypocritical behavior that fans the flames of bigotry and hate.”

“Ever since it issued a platform in 2016 which described Israel as an ‘apartheid state’ that commits ‘genocide,’ the Black Lives Matter movement has regrettably become intertwined with anti-Semitic tendencies, which detracts from their underlying mission,” Weiss said.

“We call on elected officials from both parties, including our presidential candidates, as well as leaders in the African-American community, to publicly denounce the anti-Semitism being spewed by individuals who are operating under the guise of the Black Lives Matter movement. It needs to be made abundantly clear that hate of any kind has no place in our society, whether it is race-based prejudice or anti-Semitism,” he said.

The National Council of Young Israel, or Young Israel, is a synagogue-based Orthodox-Jewish organization in the United States with a network of affiliated synagogues. Young Israel was founded in 1912 by a group of 15 young Jews on the Lower East Side of Manhattan. Their goal was to make Orthodox Judaism more relevant to young Americanized Jews at a time when a significant Jewish education was rare, and most Orthodox institutions were Yiddish-speaking and oriented to an older, European Jewish demographic. Today, Young Israel continues to reach out to modern American Jews, while advocating for support for Israel and Religious Zionism.

On Friday, NCYI President Weiss sent out an email to the Young Israel Branch Leadership, declaring:

We have also not stayed silent while two members of Congress, Rashida Tlaib and Ilhan Omar, made anti-Semitic remarks. They are now part of at least 12 members of Congress and one Senator signing an outrageous letter threatening to cut aid to Israel if Israel decides to extend sovereignty over land in Judea and Samaria that it won in a defensive war and in which hundreds of thousands of Jews currently live. The land at issue is land that is part of a consensus in Israel of land that is essential for Israel’s security, and we all know that our forefathers and mothers lived in this land and it is land Hashem promised to us. We appreciate that Democratic members of Congress have publicly criticized this letter.

The National Council of Young Israel has been hurt like other charities due to the economic downturn of this Covid 19 virus. We ask you to consider giving to us at this time to support our vital efforts to fight this anti-Semitism and any donation of $1,000 or more will receive an ad in our upcoming High Holiday booklet. Thank you and Good Shabbos. 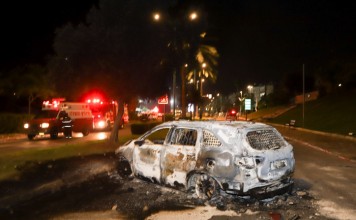