The Corona Cabinet will convene again on Monday afternoon to discuss reopening the education system after no decisions were made on Sunday.

Deputy Health Minister Yoav Kisch told Reshet Bet radio on Monday morning that Israel is at a critical point in terms of the Corona morbidity, and should this trend continue it will lead to a third lockdown.


Kisch said that it is possible to reopen the fifth, sixth, eleventh, and twelfth grades in 10 days, depending on establishing extensive tests for the virus in every school that will be reopened.

“You can’t open more and get less sick,” Kisch said, explaining, “Education is important to all of us, but opening the education system as if there is no high morbidity will not be responsible.”

As to the reopening of the education system in the Haredi sector, the Deputy Health Minister that no permission had been issued to open it, but in many places they do not follow the guidelines.

You can say that again. Amit Segal, reporting for News 12, said that last week the police issued 68 fines to educational institutions that opened their doors illegally, the vast majority of which were Haredi. That’s a small number of fines relative to the extent of the mass violations. Also, as of now, those fines are the only means of enforcement available to the state.

So police issued fines that totaled NIS 340,000 ($101,000). Except that, according to the Corona Law, these fines are based on regulations that require the retroactive approval of the Knesset. Alas, on Friday afternoon, the Knesset legal experts called the chairman of the Knesset Education Committee Ram Shefa (Blue&White) to informed him they made a mistake and hadn’t gotten those regulations approved.

As a result, all the fines have been canceled and not a single Haredi institution that violates the law will pay a penny.

Education Committee Chairman Shefa told Reshet Bet radio on Monday morning that the Israeli education system is in a catastrophe.

“For many, long months we’ve been explaining the need to make a critical decision and return to classes in a responsible and controlled manner,” he wailed. “We’re forgetting a third of the system, the seventh to tenth-grade students. I propose that we bring everyone back, at least for a few hours,” Shefa said.

Education Minister Yoav Galant told Reshet Bet radio that the prime minister had asked for more time to think things over, due to the weight of the decision.

“Education is an issue of national importance, the lockdown of institutions has not contributed in the slightest to reducing morbidity over the last month. There’s a huge value in opening up the education system,” Galant said, adding that “it is necessary to look at things in a balanced way and not fall into ditches.”

The situation as of Monday morning according to the Health Ministry: 613 new confirmed patients since Sunday, and 23,553 tests conducted. There are currently 294 critical coronavirus patients in Israel, of whom 130 are on respirators. 2,732 have died of the pandemic in Israel since the outbreak.

In response, Netanyahu said: “I am not saying what we’re deciding. We must weigh what we open and what we close down, and every decision has heavy implications. We will not make these decisions at the moment.”

The new Corona Czar Prof. Nachman Ash proposed at the same meeting a differential model for the red cities: more cities will fall under the strict red city definition, with all its many harsh implications. If today there is only one red city, in the model Ash proposed these are four red cities that will later be joined by additional cities. The red cities will be under an uncompromising lockdown. They will have increased police presence and more fines will be issued to violators. There will be more corona testing and a more thorough follow-up.

In the orange cities, on the other hand, only a night curfew will be imposed.

There are 13 red and orange cities, all of them Druze and Arab. And since there are no Haredi cities on the list, it is likely that the Czar’s plan will be adopted by the cabinet. 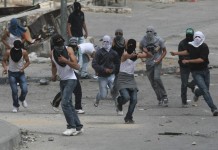 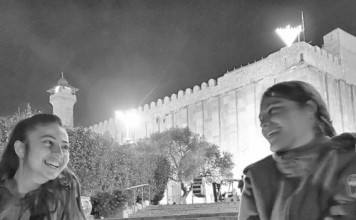