Diaspora Affairs Minister Omer Yankelevich on Sunday sent CNN president Jeffrey Zucker a letter saying, “We find hereby the false equivalence made between the actions of a sitting US president and the atrocities of the Kristallnacht pogroms which were carried out by the Nazis eighty-two years ago belittling of the immense tragedy of the Holocaust.”


“This week 82 years ago, Kristallnacht happened. It was the Nazis’ warning shot across the bow of our human civilization that led to genocide against a whole identity, and in that tower of burning books, it led to an attack on fact, knowledge, history, and truth. After four years of a modern-day assault on those same values by Donald Trump, the Biden-Harris team pledges a return to norms, including the truth.”

As I suggested on Sunday, the comparison between the horrors of the first Nazi wholesale attack on German Jews to this or that behavior of the Trump administration is sheer lunacy. But the Israeli minister suggested it wasn’t just a crazy comparison, it was a diminishing of the Holocaust.

“Distortion and minimization of the Holocaust are deplorable lies that only encourage the evil voices of anti-Semitism. Employing the memory of the Holocaust for cheap shock value and to further a political agenda is a deeply troubling and offensive spin of historic and moral truths with dangerous implications,” Yankelevich wrote.

Executive Director of UN Watch Hillel Neuer tweeted in response to the Amanpour comparison: “Never before in the history of US news networks did a journalist distort the Holocaust for political purposes as Amanpour just did on CNN & PBS. No, Amanpour, the Nazi genocide was not ‘an attack on fact, knowledge, history & truth.’ They murdered 6 million Jews. Say it.”

“’Nazis’ warning shot across the bow of our human civilization,’ ‘genocide against a whole identity,’ ‘an attack on fact, knowledge, history, and truth,” Neuer wrote and stated clearly: “Fact: Kristallnacht was Nazi murder of Jews, burning of synagogues. Holocaust was the Nazi genocide of Jews. Why did she erase Jews?”

Israel’s consul-general to Atlanta, Anat Sultan-Dadon, wrote CNN Executive Vice President of News Standards and Practices Richard Davis, saying: “The use of the 82nd anniversary of Kristallnacht by Amanpour for the purpose of this comparison is an affront to the memory of the Holocaust, those who perished and those who suffered through these unimaginable atrocities.” She demanded an apology from Amanpour.

Personally, I don’t think Amanpour minimized the Holocaust as much as she demonized the Trump administration in a way that jumps the shark so high one must wonder about her powers of judgment, observation, analysis, as well as her temperament as a distinguished, globally admired reporter. She really lost it because she is no longer able to differentiate between the industrial murder of millions of Jews and defying the rules of the political game in Washington DC. One is a horrifying war crime, the other is a political style many dislike.

In this context, I wonder if anyone really requires an apology from a crazy person who can’t tell the difference. 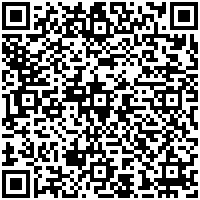