Egypt’s Petroleum Minister Tarek El Molla on Tuesday told Reuters there was a framework agreement in place between Israel and the Palestinian Authority to develop the marine natural gas field off the Gaza shore, sponsored by the Egyptian government.

Reuters cited an anonymous PA official who confirmed an agreement had been reached regarding the “basic conditions” for a deal, but no final approval was given by Ramallah. Of course, everything concerning the Gaza Strip is complicated by the fact that Hamas, and not the Palestinian Authority, governs Gaza, and Hamas does not recognize Israel nor its right to exist.

But that shouldn’t stop Prime Minister Yair Lapid who, much like the late NY Governor Nelson Rockefeller, is not on the take – he’s on the give. He endowed Lebanon, an enemy country, with 10 square km of Israeli open sea without the Knesset’s approval – count on him to do much more for Hamas.

The gas field was discovered 36 kilometers west of Gaza City in 2000 by the British Gas Company and its partners. The field has remained untapped due to ongoing attempts by Gaza terrorists to receive weapons by sea from Iran and elsewhere, and attempt to reach the Jewish State via the Mediterranean to carry out terror attacks.

Two wells were drilled that same year – Marine Gaza 1 and Marine Gaza 2 – and the field was estimated to contain about 1.4 trillion cubic feet of the precious resource; enough for Gaza and the Palestinian Authority-controlled areas of Judea and Samaria for the next 15 years

The British Gas Company and its partners (a Confederation of Contractors CCC) discovered the field in 2000, 36 kilometers west of Gaza City. It has remained untapped because of the Israeli blockade, aimed at preventing shipments of weapons and other contraband from reaching shore. Two wells were drilled in 2000, and experts believe the gas deposits there may be as high as 1.4 trillion cubic feet (Report: Egypt Persuades Israel to Extract Gas Off the Gaza Coast).

Anadolu reported on October 9 that “the Palestine Investment Fund (PIF) is close to reaching a technical deal with the Egyptian Natural Gas Holding Company (EGAS) to extract gas from the Marine gas field off the shore of Gaza.” The Turkish news agency cited a PA source that said “both sides will sign the deal at the end of 2022 under which they will agree on the distribution of the shares and the mechanism to sell the gas.”
By “both sides,” the source means the PA and Egypt, ignoring the fact that currently, Hamas owns Gaza, and Israel owns the water off Gaza.

On October 19, Kan 11 News reported that Egypt, the Palestinian Authority (PA), and Israel have agreed to develop the “Palestinian gas field off the coast of Gaza.” The profits from the gas field will go back to the PA and Israel, with Egyptian mediation.

So, Israel and the PA will each get their cut — and Hamas? Sit back and watch its natural resources being siphoned away? Of course not. Hamas will also get its share, but not, as the reports have put it, “to power the Palestinian territories,” but to prepare for an all-out war with you know who. 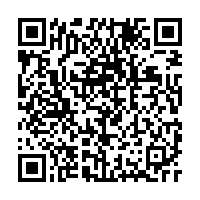