The US State Dept. on Friday issued its 2017 Country Reports on Human Rights Practices, which document the status of human rights and worker rights in nearly 200 countries and territories – as required by law. The report will be used by Congress, the White House, and the Judiciary as their factual resource for decision-making in matters ranging from assistance to asylum.

For the first time since 1977, when these reports were first filed, the Gaza Strip and the “West Bank” are not defined as Israeli occupied territory.


The report, reflecting the Trump administration’s radically different stand regarding Israel, compared to previous Democratic as well as Republican administrations, sings the praise of Israel’s democracy, while presenting in a fair and balanced manner the Jewish State’s efforts to balance its democratic tradition with its security needs. Indeed, one of the report’s opening comments is that in 2017 in Israel “civilian authorities maintained effective control over the security services.”

“The most significant human rights issues included terrorist attacks targeting civilians and politically and religiously motivated killings by non-state groups and individuals; administrative detention of Palestinians, often extraterritorially in Israel; and legal requirements and official rhetoric that adversely affected the operating environment for human rights non-governmental organizations (NGOs),” the report said. Regarding the NGOs, however, the report both relies on their data in a large number of cases, and describes their many high court petitions, suggesting that these group have been quite active despite the broad public perception of their action as being anti-Israel.

The report further noted that “the government took steps to prosecute and punish officials who committed abuses within Israel regardless of rank or seniority.”

As to prison and detention center conditions, the report noted that Israeli law “provides prisoners and detainees the right to conditions that do not harm their health or dignity,” noting that “conditions in permanent detention facilities run by the Israel Prisons Service generally met international standards, according to the International Commission of the Red Cross (ICRC).”

Also, “in February, the IPS installed heaters in the cells of Palestinian security prisoners at Gilboa prison, following a letter from the Arab legal rights NGO Adalah alleging that excessively cold temperatures in prisoners’ cells during the winter months constituted inhuman treatment.”

For the complete report on Israel go to Country Reports on Human Rights Practices for 2017 – Israel, Golan Heights, West Bank, and Gaza. 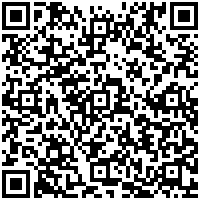