Jonathan Greenblatt, the 6th Director of the Anti-Defamation League (since 2015), has often been criticized by this news outlet for his efforts to drag his organization to the left, including invoking clichés suggesting “there are steps Israel can take to ensure the viability of a two-state solution,” condemning Jews who deny the rights of “marginalized Palestinians” and failing to recognize the legitimacy of “the Palestinian narrative.” Greenblatt has at one point even condemned “those who place blame on one side instead of putting forward solutions that acknowledge the role and responsibility of both sides.”

In a way, Greenblatt, a former Obama administration official, lent legitimacy to extremist antizionist Jewish groups that didn’t enjoy his cachet. This is why he was hired by antizionist Jewish billionaire George Soros to serve as director of the Impact Economy Initiative project at the Aspen Institute, which was funded by Soros’s Open Society Institute (reportedly to the tune of more than half a million dollars).


That’s why Jonathan Greenblatt’s speech on Sunday at the ADL Virtual National Leadership Summit stirred such a surprise. The Soros liberal has evolved and come to recognize the validity of the International Holocaust Remembrance Alliance’s definition of antizionism as antisemitism. Could it have to do with the most recent report on antisemitism that saw such a strong link between Jew-hatred and Israel hatred (ADL: US Antisemitism Surged to All-Time High in 2021, 61% Rise in Attacks on Synagogues, JCCs)?

These statistics include the unprecedented surge in antisemitic violence that exploded across America during the conflict between Israel and the terror group Hamas in the spring. In fact, during the month of May, ADL logged 387 incidents, an increase of almost 150 percent over the same period in 2020. This includes 15 brazen assaults.

But here, I am talking about, not just grotesque displays of anti-Israel hate, but a ‘greatest hits of antisemitic rhetoric’ — everything from signs claiming that Jews are responsible for killing Jesus, to hideous Holocaust analogies, to bizarre conspiracies straight out of the Protocols of the Elders of Zion.

And this is the point.

I will repeat: antizionism is antisemitism.

Antizionism as an ideology is rooted in rage. It is predicated on one concept: the negation of another people, a concept as alien to the modern discourse as white supremacy. It requires a willful denial of even a superficial history of Judaism and the vast history of the Jewish people. And, when an idea is born out of such shocking intolerance, it leads to, well, shocking acts.

How did the Jewish left take it? Well, the Hebrew version of Haaretz didn’t even mention the speech (I looked around 11 AM Monday). The English version, filed Sunday night by Ben Samuels (ADL chief compares ‘radical left’ critics of Israel to right-wing extremists) was interested and then some.

Greenblatt delivered his sharpest criticism yet of far-left critics of Israel, Samuels reported. “Greenblatt accused ‘radical left’ groups such as Students for Justice in Palestine, Jewish Voice for Peace, and the Council on American-Islamic Relations as being the ‘photo inverse’ of the extreme right. ‘Unlike their right-wing analogs, these organizations might not have armed themselves or engaged in an insurrection designed to topple our government, but these radical actors indisputably and unapologetically regularly denigrate and dehumanize Jews,’ Greenblatt said.”

Samuels added: “He slammed members of Jewish Voice for Peace for attempting to ‘use their Judaism as a shield,’ saying that ‘undoubtedly there are many among their ranks who genuinely do not intend to be antisemitic, who think their activism is rooted in their Jewish values. But neither their identity nor their intent relieves them of responsibility for their actions.’”

Executive Director of the Jewish Voice for Peace Stefanie Fox tweeted back: “The ADL only cares about defending Israeli apartheid,” and, “The ADL is dropping its pretense of dismantling antisemitism and protecting the American Jewish community—and is instead solely focused on shielding the Israeli government from accountability.” 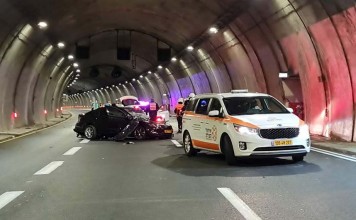 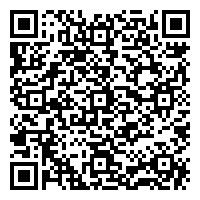