The victory of Emmanuel Macron was predictable in the face of the election campaign’s demonization of Marine Le Pen. The leaders of the Jewish umbrella group, the CRIF (Conseil représentatif des institutions juives de France), and the Consistoire (representing Jewish congregations) were wrong to intervene openly in the presidential campaign by calling for a massive vote for the reelection of Macron as if there really was a decisive Jewish vote that could have weighed on the results of the elections.

In 1981 the Renouveau Juif (Jewish Renewal) movement had called for Valéry Giscard d’Estaing to be sanctioned for his anti-Israeli policy. This sanction vote against the reelection of a president of the Republic was a significant first in the political life of the Jews of France.


At the time, the overwhelming majority of community leaders fiercely opposed the Jewish Renewal campaign. Baron Guy de Rothschild, president of the Fonds Social Juif Unifié (FSJU – the Unified Jewish Social Fund), was furious about discussions of a “Jewish vote.” At the same time, the Grand Rabbi René Samuel Sirat stated that his “constant position was not to intervene in any way, any form, and any time in the electoral field.”

Indeed, French Jewish institutions have a duty to forcefully combat some populist ideas, extremist opinions, and incitement to hatred and always remember the Vichy regime’s dark years. There can be no rehabilitation of Nazi collaborators, no forgiveness for Holocaust deniers, or those who still trivialize the Shoah today and propagate anti-Semitic acts and writings.

However, anti-Jewish and anti-Israeli remarks are also constantly made by the French extreme left, specific media, and intellectuals. There should be no double standard.

The two extreme blocs are part of the political spectrum, and therefore we cannot ignore the strengthening of Jean-Luc Mélenchon’s leftist party in the first round or ignore more than 13 million French people who voted for right-wing Marine Le Pen in the second round and are not all far-right activists.

Mélenchon’s rise to power is also very worrying. In both cases, intervention in the vote would have been useless. In all circumstances, delegitimizing or boycotting a democratically elected party leader is counterproductive and a double-edged sword.

As far as the Arab-Israeli conflict is concerned, Macron and Le Pen espouse a similar policy, while Mélenchon is much more radical and opposed to Israel. All three support the creation of an independent Palestinian state with east Jerusalem as its capital. All three demand Israel’s withdrawal from all of the territories, and all three favor dialogue with the Ayatollahs of Iran.

It is difficult to understand when Israel’s Foreign Minister Yair Lapid rushed to salute Macron’s victory even before the announcement of the official results, declaring him to be a “sincere friend of the State of Israel.”

Finally, France is more divided than ever, politically fractured into three blocs, and torn in all regards. Macron will have great difficulty in achieving unity and governing. Following the results of the upcoming legislative elections on June 19, 2022, a possible coalition with Mélenchon could lead to a new rapprochement between France and the Arab-Muslim world to the detriment of Israel.

Today, Israel’s bilateral relations with France remain solid and deep, although passion often prevails over reason. From the De Gaulle anathema of 1967 to Macron, the history of these relations is a long series of disputes, incomprehension, ingratitude, coldness, rupture, and reconciliation. Each president marked his mandate with his own style and imprint, but until now, all have adopted a biased and pro-Palestinian policy.

For 55 years, French leaders have been demanding Israel’s withdrawal “from all the territories” with claims of guaranteeing Israel’s security with “secure and recognized borders.”

Israel’s response has always been, “No thanks! We can defend ourselves alone.”

Israel is not Ukraine. Wanting to play a role of influence at all costs in our region and elsewhere, France, with its biased policy, has not respected the rules of the game and actual arbitration.

During the past five decades, all French attempts have failed, including that of 2017 by President François Hollande with the Paris conference held just five days before the inauguration of Donald Trump and without Israel’s participation.

Has France’s pro-Arab policy during this half-century, with the shameful votes at UNESCO and the criticisms concerning the recent riots in Jerusalem, been beneficial to peace or Israel’s security? Of course not. Worse still, France remains a favorite target of Islamist terrorists.

During his first term, Emmanuel Macron failed to change this incomprehensible policy. France’s foreign policy is a reserved domain of the Elysée, the president’s office. All attempts to resolve the conflict with the Palestinians through mediation were a total failure. Will he now succeed in sidelining the Quai d’Orsay Foreign Ministry? Will he realize that this biased and feckless policy means nothing?

Faced with the global economic crisis, Macron, the brilliant economist-banker, will coolly strengthen commercial, technological, and scientific relations with Israel, aiming to do good business with “the start-up state par excellence.”

In this context, our relations with France will no longer be as sentimental and emotional as in the 1950s. Like with Pompidou, Giscard, or Barre, there will be no feeling. Macron will adopt a policy of interests, mercantile with the Arab countries, and particularly with the Iran of the Ayatollahs since he strongly supports a new nuclear agreement.

Israel hopes that Macron will continue to fight against the delegitimization of Israel and all boycotts, especially against BDS. We hope that the two countries’ intelligence services will finally agree on sensitive subjects despite a sometimes tumultuous past. We are still hoping for a positive change from France, which was once “our friend and our ally.” Is it delusional to expect France to make positive gestures such as recognizing Jerusalem and defensible borders for the Jewish state?

Finally, Israel’s disappointment with France over the past 55 years leads us to expect that Macron’s second term will probably not alter the traditional policy in the Levant of all French presidents of the Fifth Republic.

(Written by Amb. Freddy Eytan who served in Israel’s embassies in Paris and Brussels and was Israel’s first Ambassador to the Islamic Republic of Mauritania. He was also the spokesman of the Israeli delegation in the peace process with the Palestinians and has written 25 books about the Israeli-Arab conflict and the policy of France in the Middle East) 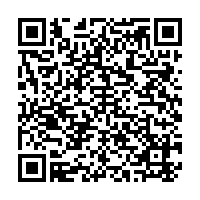