So far on Monday morning, at least three Jews bowed on the Temple Mount without Police or Wakf interference, according to a statement JewishPress.com received from Beyadenu. However, one Jew who bowed in the southern section of the sacred compound was removed from the Temple Mount area, perhaps due to the proximity to the mosque (Police Ignore Court Ruling, Detain Jew Who Bowed on Temple Mount).


“In the past, you have spoken out against politicians who expressed distrust or criticism of the court, and now it appears that the restraints have been removed to an unprecedented extent,” Meidad wrote Justice Hayut. “Minister Issawi Frej (Meretz) tweeted harsh criticism of the court’s decision and even called the Honorable Justice Sahrai derogatory names, claiming the Honorable Judge’s decision stemmed from ‘mad self-aggrandizement.’ Minister Frej was joined by his faction member, Deputy Minister Yair Golan, who told 103fm radio that the court’s decision was a ‘grave mistake.’”

“The public recalls your frequent harsh statements against politicians who dared to speak out against the court. This was the case after former minister Amir Ohana’s inaugural speech in 2019, when you attacked him publicly and harshly, suggesting his statement bordered on anarchy. This happened only recently with your open letter to MK David Amsalem, and in other cases,” Meidad reminded the court president.

The Honenu CEO told Justice Hayut that “the current wave of statements is much more alarming as they do not come in a vacuum. Simultaneously with the sharp attack by Israeli politicians, the terrorist organization Hamas has issued threats against Israel should it implement the Honorable Court’s ruling – with more threats emanating from the Arab community in Israel and abroad, who also reacted with rage to Judge Sahrai’s decision.”

The Honenu CEO concluded his letter to the President of the Supreme Court with a reference to the unusual conduct of the Government Secretariat, which intervened in an unprecedented manner, attempting to quash the court’s ruling.

“I am sure you will find the time to strongly condemn the unbridled outburst of Israeli politicians against the court, as well as the entire government for issuing a statement last night via the Government Secretariat that it planned to appeal the court’s decision,” Meidad wrote, adding, “I wonder since when has it become acceptable for political parties to be involved in a professional decision-making process that is conducted in criminal cases.”

“The public’s trust in the court is important to all of us,” concluded CEO Meidad, “and your silence in the face of the current defiance may be interpreted as a biased policy, not to mention hypocrisy.”

Stay tuned, this should be rich. 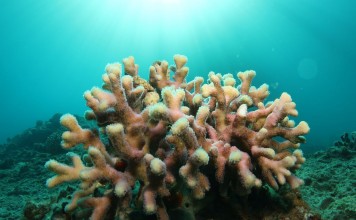 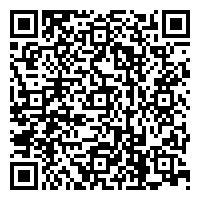