President Reuven Rivlin managed to meet in one day the representatives of all 13 parties that entered the Knesset on March 23 and is expected to announce his pick to cobble Israel’s next government as early as Tuesday afternoon, preferably ahead of the swearing-in ceremony of the new Knesset. Which is why we can already offer the details of the coalition-making process which may also end in a fifth election round.


He would be justified in doing so because, 1. It’s within his purview according to the law, and, 2. If Bibi can’t put together a government with his 30 Knesset seats, why should we expect his competition, Yair Lapid, with 17 seats, to succeed? So back to the Knesset we go, where everything is possible. The MKs will have three weeks to put together 61 supporters for an MK they like—never mind how many Israelis voted for him or her.

This yet unknown candidate (Let’s say it’s Bennett, who, supposedly, is not hated by anyone except the party that’s closest to him ideologically, Bezalel Smotrich’s Religious Zionism) would have two weeks to form a government. And if he or she also fails, then September 14 is the date set, by most estimates, for election day number five in two years.

Ah, Tuesday, September 14, 2021, or 8 Tishrei, 5782. Fall will be in the air. A week before we will have celebrated Rosh Hashanah, and on Wednesday night we will assemble in our numerous houses of worship to atone for our sins on Yom Kippur, assuming, with God’s help, that the Corona is still behind us and that no new nasty variants will have raised their ugly, thorny, microscopic spheres. And, should we still be stuck without a majority to either side, well, there’s always March 15, 2022, the eve of the fast of Esther and Purim.

‘Tis the stuff that makes grown men and women cry…

There are two main scenarios for a new government at this point. The first one is a government headed by Benjamin Netanyahu together alongside Yamina chairman Naftali Bennett, with Shas, United Torah Judaism, and Religious Zionism – a total of 59 seats. This government would depend on the support of the Ra’am party from the outside – something the Religious Zionism party is yet to embrace. In fact, they’ve been telling the world how much they hate it.

But there would be other problems as well. Bennett has seen the murky relationship between Netanyahu and his previous main partner, Benny Gantz, who was made irrelevant by the PM. Will Bennett trust Bibi not to do the same to him, when the PM has devoted the past 12 years to abusing him, his partner Ayelet Shaked, and the entire national religious camp? Netanyahu hasn’t made a promise he wasn’t ready to break, and all his deals are written on ice. Yamina would have to erect a massive coalition deal, nailed down by expert lawyers, and know from the start that Bibi would find a way to wiggle out of it. It’s just what he does,

The second scenario is a parity government with Bennett and Lapid as equal partners, even though Yesh Atid has won 17 seats and Yamina only 7. Lapid made this offer to Bennet earlier this week and suggested that Bennett would serve first as prime minister in a rotation government, to be replaced in one or two years by Lapid. It would mean that Yamina and Yesh Atid would have the same number of cabinet ministers, in addition to the portfolios doled out to the rest of the coalition partners from Labor, Meretz, Israel Beiteinu, Blue&White, and New Hope. This coalition would only have 57 seats, and it, too, would have to rely on the Ra’am party for its support. Ideologically, such a coalition would be as homogenous as milk and lemon and it should probably be delivered for the Knesset’s approval already on a gurney, as well as resuscitation equipment. There’s some expectation that United Torah Judaism might join such a government after a while, which would add Jalapeño pepper to the mix of milk and lemon…

The very notion of such a feat has already caused one Yamina member, Sderot Mayor Alon Davidi, to drop out of his number 3 slot – and he won’t be the last.

The upside of such a government would be that it could put an end to Netanyahu’s political career. It could pass a terms-limit law, and if that doesn’t finish the most resilient politician in Israel’s history, there’s always the law that bars anyone facing criminal indictments from becoming prime minister. And if Bibi somehow found a way out of that one, they could always bar candidates whose wives are named Sara.

The downside, as Bezalel Smotrich put it quite succinctly, although he was warning against a Netanyahu-Ra’am deal, the principle works in the opposite direction as well: the legitimized unification of the Arabs with the Jewish left under Bennett’s auspices would lead to left-wing rule for decades. Such left-Arab rule would cause irreversible damage to the Jewish state and may, God forbid, make it the state of all its citizens and even of all its nationalities. Say goodbye to the Law of Return. No need for the national anthem, Hatikvah. There’s nobody here but us Israelis of all religions and nationalities.

See you at the voting box just before Yom Kippur? Honestly, a fifth election looks like a better choice than all of the above at this point. 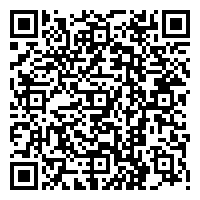