The soaring success of the new imports of Chinese electric cars in Israel foretells considerable damage to the country’s tax collections. The average cost of a gallon of gasoline in Israel is NIS 26.48 ($8.55), out of which a whopping 62% – NIS 16.32 ($5.27) are added taxes. But so far, Israel does not tax electricity – which is a big problem for the government (not the consumer), considering that in 2019, state income from taxes on gasoline reached NIS 19 billion ($6.14 billion).

Less than two weeks after the Chinese Geometric Gili C was launched in Israel it crossed the 1,000-order threshold, all of them private customers, with delivery expected in early February, Calcalist reported on Sunday. This is the most powerful electric car opening in the country since the local launch of the Tesla Model 3 last February, which will end this year with about 6,000 deliveries.

So good news for the local environment (though not the China’s environment). 2021 will end with the delivery of about 10,000 new electric cars in Israel, and 2022 a double this number, which will be limited mainly by the rate of supply by the manufacturers. Tesla alone is preparing to supply Israel with about 10,000 cars next year.

And bad news for income from taxes, which dropped to NIS 16.5 billion ($5.33 billion) in 2020 due to the effects of the corona lockdowns, cutting the state’s revenues from fuel taxation by 6%. And 2021 will also end with a cut in collections, down to about NIS 18 billion ($5.81 billion) in fuel taxes.

The Ministry of Economy last week provided its first forecast of the rate at which the state will lose these revenues from gasoline, following a long stretch during which gasoline taxes increased by 2-3% annually. It’s downhill from now, especially if the Ministries of Energy and Environmental Protection succeed in convincing the government to approve its initiative to ban the import of non-electric vehicles after 2030.

In Norway, battery-powered electric vehicles account for 77.5% of all new cars sold, according to Wired. This is compared to the UK where only 15% of new car sales were electric as of October, and in the US, only 2.6% of the new cars sold don’t use gasoline.

Norwegian officials are stripping electric cars of their special status in a hurry, to compensate for a huge loss of tax income. The law in Norway is even more ominous than the one being promoted in Israel: by 2025 it will be illegal in Norway to sell new cars with internal combustion engines. And so, electric cars no longer enjoy a toll charge exemption, and the center-left coalition government wants to remove a broad list of additional incentives. Also, electric vehicles that cost over $68,000 will be taxed as luxury vehicles.

In July, the state of Victoria, Australia, became the first in the world to impose a travel tax on Evs, at the rate of ¢2.5 per kilometer, ¢2 for hybrids. The owner brings his car in for an inspection of its speedometer at the end of the year and gets charged an annual fee. Watch a cottage industry of speedometer-reversals sprouting in Israel should this method become the law of the land…

Within the Israeli government, the Finance Ministry is fighting the Transport and Environmental Protection Ministries on raising the reduced purchase tax on EVs. Finance wants a 20% hike, the other two prefer 10%. But whether Israelis like it or not, their government will find a way to claim those lost $6 billion annually. 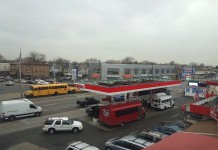 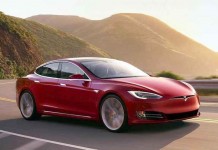 Want to Pay through the Nose for your Luxury Car? You’ll Love Israel’s Prices 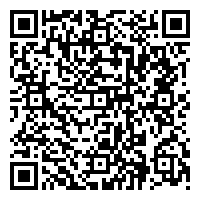