The Joint Arab List will be part of Benny Gantz’s coalition negotiations, as, for the first time in 20 years, it is being invited to the discussion table alongside all the other Knesset factions, Reshet Bet radio reported on Tuesday.

But close associates of the Blue&White chairman refused to confirm that Arab MKs could be part of the next government.

The last time Arab party representatives were invited to coalition negotiations was in 1999, as part of the coalition building process of then Labor chairman Ehud Barak, who had defeated Benjamin Netanyahu at the polls.

Oded Forer, deputy of Israel Beiteinu leader Avigdor Liberman, considered by everyone to be the kingmaker of current Israeli politics, told Reshet Bet his party did not refuse cooperation with the Joint Arab List, noting: “The question we will ask, and will not stop asking, is what are the basic principles of the next government.”

After Netanyahu returned his mandate to President Reuven Rivlin, Reshet Bet reported that Blue&White plans to approach Netanyahu first to discuss a coalition partnership. Gantz is expected to invite Netanyahu to a closed meeting, and Netanyahu is likely not to refuse.

Gantz will then invite all the rightwing bloc parties (see: The Purpose of a Gantz Government Is Not Legislation But Destroying Netanyahu).

If Gantz also fails to form a government within 28 days, the mandate will go to the Knesset, where each MK would have 21 days to try getting 61 signatures supporting his candidacy. This is where many expect the real negotiations to take place.

If no MK can come up with 61 signatures in 21 days, the Knesset will be automatically dissolved and Israel will go for a third election in roughly six months. 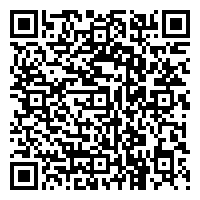