The Haifa District Court on Thursday rejected the appeal of the leader of the northern branch of the Islamic Movement in Israel Raed Salah, who was convicted last year of inciting terrorism and other offenses. His sentence was kept at two years and four months of real time, plus one year probation from the date of his release.

Salah, who will begin serving his sentence on August 16, responded in a sermon he delivered in Arabic: “This is a political decision, our goal is to liberate al-Aqsa from the Israeli occupation. We will continue to believe in Islamic values ​​for this purpose.”


Salah’s lawyer, Avigdor Feldman (didn’t you just know it?), said his client would consider appealing the the High Court of Justice.

Salah was convicted of utterances related to an attack on the Temple Mount in which two policemen were killed by gunfire from three residents of the Israeli Arab town of Umm al-Fahm near Hadera. Salah denied that this incident was a terrorist attack. The judges ruled that Salah had incited for attacks on the security forces and that his declaration following the attack “In spirit and blood we shall redeem al-Aqsa” was a call for violence and is not protected by the freedom of expression.

The al-Aqsa mosque stands on the Temple Mount, on the spot where two Jewish temples used to stand, and as such it symbolizes the Arabs’ yearnings to rid the land of all remnants of Jewish history.

“This case is not about restricting freedom of expression, but about preventing and prohibiting incitement and support for a terrorist organization,” wrote Judges Ron Shapira, Batina Tauber and Tamar Neot Perry. “The defendant has the right, like everyone else, to criticize the government and its leader. However, as a person, and especially as a leader in his community, he does not have the right to incite and support illegal acts of terrorism.”

The judges also wrote that “a statement by a leader calling for support for an act of terrorism, as well as the silence of a leader who sees his flock committing a terrorist act or inciting against the state and/or acting on behalf of the state, constitutes support for terrorism and incitement. The leader is aware that the public is looking at him and learns from his statements, as well as from his silence, about his support for a criminal act. Hence his responsibility – whether he explicitly said words of support or whether he remained silent, turned a blind eye and supported the act by refraining from condemning it.”

“The attack on the Temple Mount in which the policemen were killed was a terrorist attack,” the judges wrote. “The appellant’s claim that the incident was not an ‘act of terrorism’ or did not take place at all, is a cynical and outrageous claim, and in any case – it was rightfully denied.”

The judgment further stated that “the fact that the appellant repeatedly called the three shooters ‘martyrs’ reinforced the conclusion that the incident was an ‘act of terrorism.’ It is not possible to accept the claim that there was no encouragement to do similar acts since the call was for passive protection of the Al-Aqsa Mosque … because a call to confront police and sacrifice yourself during said confrontation – is not directed at passive activity but to a very much active one.” 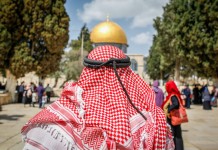 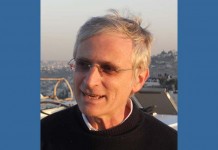 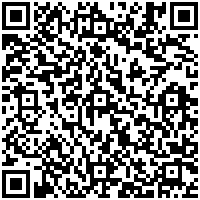