The Hebrew-language HaKol HaYehudi news outlet reports the far-left anti-Israeli B’Tselem NGO is organizing a campaign against IDF soldiers who were filmed expressing their happiness at having successfully targeted Arab rioters nearly two weeks ago in the village of Ma’adma, near the Jewish community of Yitzhar, in Samaria.


The riot, organized by far-left elements against the Israeli military, took place on Friday, April 13, when violent Arabs tried to dismantle an Israeli roadblock at the village erected by the IDF in response to Arab firebombing attacks on Jewish motorists traveling on nearby Highway 60, between Yitzhar and Havat Gilad (Gilad Farms).

B’Tselem ignored the Arab attempt to burn Israeli motorists with firebombs (Molotov cocktails) as they traveled on the roads of Samaria. Nor did the NGO seem concerned by the 30 Arabs from the village who were trying to kill IDF soldiers as they attempted to remove the roadblocks, hurling rocks and rioting.

Fewer than a dozen IDF soldiers were assigned to stop them, and they responded by firing stun grenades and rubber bullets in return.

As seen on the video (see above), a military officer instructs one of the soldiers to wait for the rioters to approach before firing, and then to shoot one with a rubber bullet.

The young soldier does indeed fire in accordance with the instructions and hits the target, rejoicing when one of the more aggressive stone-throwers is injured on the hand by his bullet; an emotional response deemed highly offensive and inappropriate by the far-left.

His commander admonishes him, telling him to act like a professional soldier, confirming all is being done properly and no live bullets are being used; their job is to push the rioters back, not injure them.

B’Tselem, which filmed the incident, claimed seven rioters were hit by rubber bullets, with two taken to a hospital in Shechem.

“B’Tselem is comprised of a group of obsessive individuals who persecute the soldiers of the Israel Defense Forces in an obsessive-compulsive manner,” Dagan said. “We call on the IDF and the defense establishment to take full responsibility for these soldiers.” 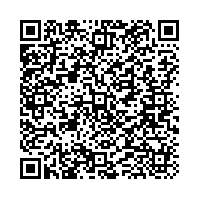