The Joint Arab List will recommend to the president to pick Blue&White chairman Benjamin (Benny) Gantz to begin the task of cobbling a coalition government, the faction’s four leaders decided in a Saturday meeting, following a meeting with Blue&White representatives.

It was agreed that the Balad party would not sabotage the move, even if it didn’t support it publicly. Balad’s agenda is the “struggle to transform the state of Israel into a democracy for all its citizens, irrespective of national or ethnic identity.” It opposes the idea of Israel as a Jewish state, and supports recasting it as a binational state.

If the List recommends Gantz, he would also be counting on the Labor Party and the Democratic Camp, giving him 57 recommendations, compared with 55 new MKs supporting Likud chairman Benjamin Netanyahu. Israel Beiteinu chairman Avigdor Liberman, with eight seats, has not yet decided to back either candidate.

Sources in the Joint Arab List said on Saturday that a formal decision on the recommendation would only be made Sunday.

The List leaders met in Kafr Qasem, a hill-top Arab city 12 miles east of Tel Aviv, on the Israeli side of the Green Line. On Sunday, List representatives will arrive at the presidential residence in Jerusalem at 6:30 PM, to announce their decision to President Reuven Rivlin. The president will begin tomorrow’s round of consultations with all the new Knesset factions at 5 PM. The order of arrival of the factions will be from the biggest to the smallest, starting with Blue&White and followed by Likud.

Number 3 on the Joint Arab List, MK Ahmed Tibi said no decision had been made yet, explaining that “tomorrow, the four heads of the joint list will have a crucial meeting before meeting with the president. We also have demands on behalf of the Arab public in addition to our decision to do everything to bring down Netanyahu.”

A source inside the List told Haaretz: “We want to send a message to Blue&White that we will not come crawling. They need to understand that our recommendation comes with a price. And so, although there were different approaches for and against, we decided to wait until tomorrow. There’s no need to make a decision tonight.”

Regarding the possibility that Joint List chairman Ayman Odeh would become the first Arab opposition chairman, Tibi told Kan 11 News Friday night: “There will be no such reality in the next Knesset.”

He explained that “the leader of the largest faction does not get the job automatically, but the by-laws say that an opposition Knesset member must be recommended by most of the opposition members to be nominated. The Zionist parties will not allow an Arab MK to be the opposition chairman.”

“Both myself and Ayman prefer the chairmanship of the finance committee,” Tibi noted.

That post is currently held by United Torah Judaism chairman Moshe Gafni, a fact which introduces an unexpected wrinkle to the Haredi brave talk about their loyalty to Netanyahu. Another wrinkle: Likud is most likely going to lose the House Speaker’s position, and Blue&White has the needed majority to give it to MK Meir Cohen (B&W), former mayor of Dimona and former Minister of Welfare and Social Services in Netanyahu’s 2013-2015 government. 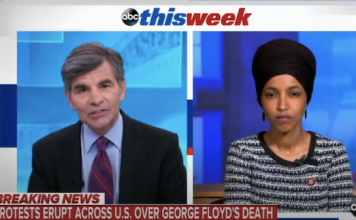