A survey published by Maariv on Friday indicates the containment of the Likud’s hemorrhaging of mandates and the consequent weakening of the Yamina party led by Naftali Bennett.

According to the survey, conducted by Panels Politics Director Menachem Lazar, if the elections to the 24th Knesset were held today, the Likud party would have won 30 seats – an increase of 2 seats compared to the previous poll (Likud’s current strength is 36 seats).


On the other hand, Yamina, which has made a meteoric leap in popularity since the beginning of the coronavirus crisis, now received only 20 seats, one fewer than in the previous poll which was conducted on October 13 (Yamina’s actual power is currently only 5 Knesset seats).

The gap between the Likud and Yamina, which narrowed down to 5 seats on October 8, grew again in the last two polls and now stands at 10 seats. An analysis of these results indicates that Bennett lost this mandate to the Likud.

Yesh Atid-Telem, headed by Yair Lapid, gained one seat to reach 18 mandates in this survey, compared to 17 in the previous poll (its power in the Knesset today is also 17 seats).

The strengthening of the Likud must be attributed to the apparent trend of a significant drop in COVID-19 morbidity following the second lockdown, and the first signs of the return of economic activity. And we mustn’t forget the cumulative effect of peace and normalization agreements with the UAE and Bahrain.

Bennett, who was threatening to get uncomfortably close to Netanyahu’s poll numbers, has apparently exhausted his drive at the current stage and is starting to lose the centrist voters who turned to him because they were impressed by his competent handling of the pandemic.

The loss of support for Ymina can also be attributed to the statements of Bennett and MK Bezalel Smotrich on LGBT rights. A week ago, Bennett said in an Instagram conversation: “I am in favor of LGBT people having all their civil rights as every human being in Israel.”

His partner in the party, Smotrich, said this week that Yamina would continue to oppose the granting of full civil rights to the LGBT community.

This shows you that letting a week go by without a meeting to coordinate the party agenda ends in losing votes.

This week’s poll also shows a significant drop in the power of the Joint Arab List, which receives only 12 seats, compared to 14 in the previous poll and the 15 seats it currently holds in the Knesset. It seems that about 20% of former Joint Arab List voters may be looking for a different option. This change of heart could be attributed to the surprising revolution in the relations between several Arab countries in the Middle East and the State of Israel. One of the strongest ideological lines of the Joint Arab List is its support for a Palestinian state first and foremost, and some of its constituents may not be so sure anymore how passionate they are about the idea – in light of the fact that the richest Arab countries aren’t so excited about a Palestinian state any longer.

Blue&White, whose leaders came out last week with belligerent statements that if no budget is passed soon they would “draw their own conclusions,” at which point all the options would be on the table, did not impress anyone. The party is still hovering around 9 seats, just like in the previous poll (they have 14 in this Knesset).

The distribution of seats of the other parties is as follows: Shas 9 seats; Yisrael Beiteinu 8; Meretz 7; and Torah Judaism 7.

The survey was conducted on Wednesday and Thursday this week, with 549 respondents from a representative sample of the adult population in Israel, Jews and Arabs. The maximum sampling error is +-4.4. 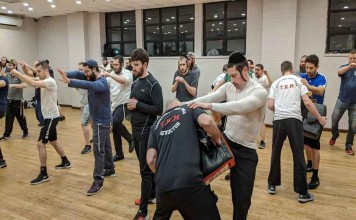 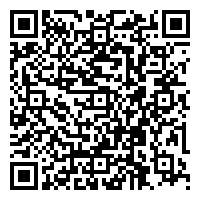