An Israeli policeman was hit in the head by a chair that was thrown at him by an Arab resident of the Shimon HaTzadik (Sheikh Jarrah) neighborhood of Jerusalem on Friday. Documentation from the scene shows the policeman bleeding from his head, and receiving treatment by a medic on the spot. Two Arabs were arrested.


The riot began after Arab residents of the neighborhood tried to enter a fenced parking area outside the home of a Jewish resident. The area had been fenced off after repeated arson attacks on the car by neighborhood Arabs. The latest case of arson was carried out using Molotov cocktails just this week.”

The Arab suspected of throwing the chair at the cop was arrested at the end of a chase with the guidance of the Jerusalem District Control Center, and he was detained for questioning by the police. Another suspect was arrested during the riot for making threats. The police continue to operate at the site of the riot and use means to disperse riots to maintain public order.

There will be a demonstration in support of the Arab residents of the neighborhood Friday afternoon.

We looked but didn’t find a tweet by Internal Security Minister Omer Barlev (Labor) as to the way Friday’s riot had been the result of settler violence. We did find a statement by Otzma Yehudit Chairman Itamar Ben Gvir, who said: “Internal Security Minister Omar Barlev and Police Commissioner Kobi Shabtai are asleep at the watch, abandoning the lives of the residents. Instead of drawing lessons from the repeated riots against Jews and the attempted murder of a neighborhood resident about a week ago (a Jewish mother who was stabbed in the back by an Arab teen girl), the police do not treat the rioters harshly. The terrorists belong in prison.” 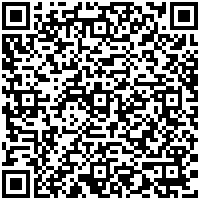