The United Arab List, known by its Hebrew acronym Ra’am made history Wednesday night. The political wing of the southern branch of the Islamic movement—which is a polite way of saying Muslim Brotherhood—is the first Arab party to join an Israeli coalition government.

The Regavim movement revealed Thursday morning what Yair Lapid and Naftali Bennett had to pay to make this historic event come true. Essentially, they relinquished Jewish control over the Negev region.


Much of the stormy debates of the two months or so since the last elections revolved around admitting Ra’am to a coalition government, either under Prime Minister Benjamin Netanyahu or Prime Minister Naftali Bennett. Neither side was able to put together the required 61-seat majority without Ra’am’s support, either as a direct participant in the government or as a loyal outsider.

Netanyahu was the first to break the taboo against allowing anti-Zionist Arabs join a coalition government by creating a special Knesset committee named Special Committee on Arab Society Affairs, with Ra’am chairman Mansour Abbas as committee chairman. The Likud plan was to use this appointment as a welcome gift for Abbas, as part of a wider deal that would guarantee a Likud majority government. But the move was immediately rebuffed by Religious Zionism chairman Bezalel Smotrich, and that all but killed Netanyahu’s chances to continue as PM.

There was no Bezalel Smotrich in the opposite camp, and Yair Lapid, the architect of the new government, together with Naftali Bennett, the first religious prime minister in Israel, and also the first to become prime minister based on only six Knesset seats (if that), negotiated furiously over the past week to bridge the gap between Mansour Abbas’s ambitious demands and what they thought they could give without turning Yamina into a political zombie (in the most recent poll, only 36% of Yamina voters said they approved of Bennett’s joining the right-center-left-Arab government).

In the end, an hour or so before the end of Lapid’s deadline to present a new government, this is what he agreed to pay Ra’am in exchange for its support:

In April 2017, the Knesset passed a law based on the recommendations of a committee to regulate illegal construction, headed by Deputy Attorney General Erez Kaminitz, that increases enforcement against unauthorized construction. The law was passed by a 44 to 33 majority. Sponsored by the Justice Ministry, the law does not explicitly state that the targets of the crackdown would be Israeli Arabs, but in practice, it was intended to strengthen law and order agencies in pursuing the runaway epidemic of illegal building in Arab communities. In practice, the new law also affected Israeli moshavim that also lost their illegal structures.

According to the agreements reached with Ra’am on Wednesday, the Kaminitz Law will not be repealed—as Ra’am demanded, but will be frozen instead for two years until the end of 2024. In addition, Bennett the government will discuss amending the law in the coming months.

Ra’am and other Arab as well as left-wing parties argue that the approval processes for new construction in Arab localities take decades, which is why in many cases Arab residents are forced to build their homes without a permit.

2. Freezing the demolition of illegal structures in the Negev.

The demolition of the buildings which are largely owned by Bedouin will be frozen for three months until an agreed model is created regarding the treatment of the illegal construction.

3. Three illegal Bedouin villages in the Negev will be legalized no later than 45 days after the new government is sworn in, with the legalization of additional villages to be examined later.

The Regavim movement’s response to these deals is very educational:

When you imagine the establishment of new settlements, you must be thinking of architects and engineers who sit down seriously to plan in detail the framework and infrastructure of the new settlement. But things in the Negev work differently. Are you familiar with the term Israbluff? This is Ra’ambluff (Israbluff implies both deception and illusion, as the popular sketch trio HaGashash HaChiver that invented the term in 1974 put it: “Everything is make-believe. You say one thing and do another” – DI).

In reality, they’ll take huge land swaths that are illegally scattered with hundreds and thousands of homes, draw an imaginary blue line around each one of them – and from that point on, you will have a legal settlement.

Will it solve water, electricity, and construction problems? Is this a proper utilization of the land? of course not.

Will it restore the land the state has lost to the huge expansion of illegal construction? No. The opposite is true. The new agreement means that Israel (and the Jewish residents in the Negev) will lose more and more areas of the Negev in favor of Bedouin “settlements.”

In short, Ra’am’s demands are a death sentence for any Jewish plan to populate the Negev. These are no longer issues of right and left, they are issues of Zionism in the face of the danger to the existence of the State of Israel.

It means that the country will be officially split into a northern and southern part, with a midriff section that will be controlled by the Bedouin.

Don’t forget to tip your Muezzin. 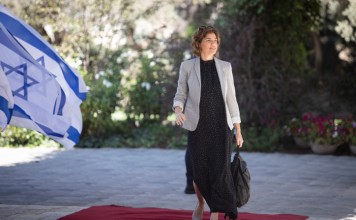 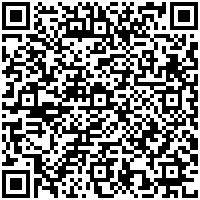