The downward trend continues for the Likud, which stands at only 31 seats, same as in the polls of the last two weeks, this emerges from an Israel Hayom survey, conducted through Prof. Yitzhak Katz’s Ma’agar Mochot.

The second largest party according to the poll is Yamina, led by Naftali Bennett, which would win 20 seats if the elections were held today. This means that Netanyahu and Bennett can form a 51-seat coalition bloc, to which they can add whomever they desire, and if they choose the Haredim, they can do it at a bargain basement price.


However, there’s no doubt that Bennett himself would charge a high price for his cooperation, given the pile of portfolios that Netanyahu has awarded Blue&White with only 15 seats. Of course, those were real seats, not survey seats…

But if the recent polls are real, Bennett should be able to take over the Ministries of Defense, Justice, Education and Finance, if only he actually wins the perplexingly high number of seats that the polls predict he would.

The survey was conducted among 565 respondents, who constitute a representative sample of the adult population in Israel, with a sampling error of +-4.3%.

According to the survey, the right-wing bloc, which includes the Likud (31), Yamina (20), Shas (9) and United Torah Judaism (7), would be able to form a 67-seat majority government.

On the left bloc, the largest party in the survey is the Joint Arab List, which receives 17 seats. Yesh Atid follows with 13; Blue&White with only 10; Liberman’s Israel Beiteinu 8 seats; and Meretz receives 5 seats.

It follows that the opposition would have 53 seats. However, an opposition with Bennett, the Arabs, Lapid, Ganz and Liberman would have a 73-seat bloc that will thwart Netanyahu’s hope for a government. That’s why Bennett should be able to demand the sky from Bibi – and get it.

Recently, there was talk of the possibility of Tel Aviv Mayor Ron Huldai and former IDF Chief of Staff Gadi Izenkot joining a new party. According to the survey, such a party would receive 11 seats, which come mainly at the expense of Yesh Atid, which drops to 9, Blue&White which receives only 6, and Meretz which receives 3 seats, putting it in danger of not crossing the vote threshold.

On the question of who is best fit to be prime minister, Netanyahu remains in first place, with 32%, and in second place Naftali Bennett, with 17%. Benny Gantz only gets 10% of respondents, with Yair Lapid doing a little better, 12%. 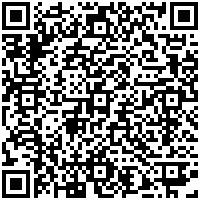