A Ma’ariv survey published on Friday morning reveals that in addition to the continued steep decline of the Likud in terms of the number of seats it would receive in the next election, the percentage of those who want Prime Minister Benjamin Netanyahu to retire from political life is 54%, compared to 36% who do not want Bibi to retire and another 10% who don’t know (סקר “מעריב”: 28% ממצביעי הליכוד רוצים שנתניהו יפרוש).

Segmentation of the results according to voting characteristics revealed that 28% of Likud voters in the March 2020 elections and 57% of overall rightwing voters want Netanyahu to retire from political life.


On the question of how much you trust Netanyahu to be able to deal with the corona plague, 55% answered that they do not trust the Prime Minister, compared to 39% who do trust him, and 6% who don’t know.

Another survey, published on Friday morning on Radio 103, showed that 71% of the public believe that Netanyahu’s performance on health and the economy during the corona crisis has been poor.

It is interesting to note that the peace agreement with the Gulf states that has grabbed many headlines over the past month is not beneficial in the least to the prime minister’s popularity.

According to the Ma’ariv survey, if the election had taken place today, the Likud party would have won 28 seats compared to the 36 it commands in the current Knesset, while the Yamina party, led by MK Naftali Bennett, would have won 21 seats (it currently holds only 5 Knesset seats).

For the Likud, this marks an increase of one mandate at the expense of Yamina, compared to last week’s survey, however, according to the survey’s author, Panels Politics director Menachem Lazar, these are only statistical fluctuations, and in fact the trend of a weakening the Likud and strengthening Yamina has remained the same.

The survey indicates that opposition leader Yair Lapid is having a hard time collecting the seats that are being shed by the Likud. His Yesh Atid-Telam party received only 17 seats, an increase of a single seat at the expense of Blue&White compared to the previous poll,.

The survey asked which Knesset bloc a victorious Yamina party led by Bennett would join after the election, and an overwhelming majority, 53%, responded that Bennett would join a bloc of the Haredi parties and Likud. 19% believe that Bennett will join the bloc of Yesh Atid and Yisrael Beiteinu (which would tally at only 47 seats, but with Blue&White invited in would stand at 56, enough to paralyze Netanyahu’s efforts to lead the next coalition).

A surprisingly large group, 29%, responded that they don’t know which way Yamina would go, suggesting that Bennett has been quite successful at generating his message that he was no longer going to be Netanyahu’s lackey.

The survey was conducted from October 11 to 12, 2020, among a representative sample of the adult population (18 and over) in the State of Israel. The final sample size was 1,033 respondents. Maximum sampling error: ± 3.1%. 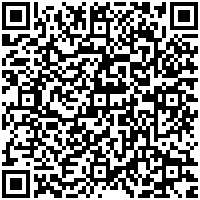