An interesting detail published by the Egyptian Presidential Office on the phone conversation between Prime Minister Lapid and Egyptian President al-Sisi: “It was agreed to work to organize bilateral and multilateral meetings that would include Israel, Egypt, and the head of the Palestinian Authority in the near future to re-energize the peace negotiations process.”

That’s pretty big news, confirming the worst expectations of anti-Lapid folks on the right that the first thing he would do upon assuming office would be to renew the two-state solution talks. This could be devastating news to the Yesh Atid campaign which has been trying to spread its voter base to the right.

So, naturally, I rushed to the Israeli government’s press office’s release and, to my chagrin, found no trace of such an announcement. The only paragraph that was vaguely reminiscent of the shocking report in HaMeitav was this: “The two leaders discussed bilateral and regional matters, and emphasized the importance of the peace agreement between Egypt and Israel which laid the foundation for the countries’ strategic relations and is a central pillar of regional stability. The two expressed their commitment to continuing to develop relations, including in the economic sphere.”

I called up David Baker, senior foreign press coordinator in the prime minister’s office, and inquired whether there was a gap between the Hebrew and English versions of Sunday night’s press release regarding Lapid’s phone conversation with al-Sisi. Baker sent me the Hebrew version – no difference, and no mention of the president, the PM, and the chairman getting together to revive the 2-state talks.

But the supposed report came from the Egyptian Presidential Office – maybe they offered a different version of events? So I checked their website and discovered this nugget which Lapid’s office never revealed (President El-Sisi Speaks with Israel’s Prime Minister, Sunday, 10 July 2022 / 09:56 PM):

On the peace process, views were exchanged on the latest developments in the Palestinian issue. The two sides agreed to work on arranging bilateral and multilateral meetings including Egypt, Israel, and the Palestinian President during the coming period in order to revitalize peace negotiations. The Israeli Prime Minister expressed his appreciation for Egypt’s efforts, led by President El-Sisi, to achieve security, stability, and cooperation in the region. President El-Sisi reiterated that Egypt will continue its efforts to achieve just and comprehensive peace, based on the two-state solution and references to international legitimacy, opening up prospects for cooperation and development for all the peoples of the region. The President confirmed the need to sustain calm in the West Bank and the Gaza Strip, stressing the importance of providing assistance to the Palestinian Authority in all areas, particularly in the economic field.

Yes, Virginia, there is a 2-State solution, and it’s being cultivated behind the scenes by Israel’s latest prime minister. 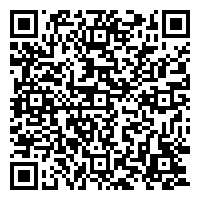