Israeli Transportation Minister Yisrael Katz announced Monday that the launch of the high-speed express train set to run between Jerusalem and Tel Aviv will be delayed until Sukkot.

Katz told the Knesset State Control Committee that he is not prepared to compromise on safety issues, even at the cost of losing popularity.

The train was originally intended to begin operation on the day before Passover.

“This line is one of the things I am proud of,” Katz said. “But the railway administration discussed the matter with the company operating the line, and with the police and they did not authorize the opening of the route due to safety concerns.”

The delay was first announced about two weeks ago by Israel Railway officials who said there was a holdup due to “regulatory approvals.”

The line is estimated to cut travel time from Jerusalem to Tel Aviv down to 28 minutes. 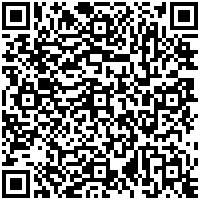