Labor Party Chairman Avi Gabai who spoke Monday night at the American Jewish Committee Conference at the Jerusalem International Convention Center, promised that “as prime minister, I will implement the outline of the Western Wall outline as it was signed.”

Gabai then turned to the audience and declared: “We have here Haredi Jews, Orthodox, Reform, Conservative, and there are also Christians here. You are all brothers, the Wall belongs to all of us equally.”

The Kotel compromise, officially known as “The Western Wall outline,” was reached between orthodox and non-orthodox Jewish denominations, according to which the non-Orthodox mixed prayer area for men and women together would be expanded at the southern part of the Western Wall. Unlike the existing situation, access to this mixed prayer area was going to be from the main Kotel plaza, and the site was supposed to be run by a council of representatives of the non-Orthodox denominations and the women of the Wall. In June 2017, after the plan had been approved by the Israeli government in January 2016, the coalition Haredi parties insisted the government backtrack from the plan.

According to Israel Hayom, Gabai’s associates explained that the chairman’s statement was a mistake and not his official position on this issue. A Labor Party official told the newspaper: “The Western Wall is sacred to the Jews. It was never sacred to Christians. The Christians were mentioned in the speech because there were Christian supporters of Israel in the audience. There was no intention to connect them to the Western Wall.”

Last Sunday’s political surveys, which gave Netanyahu’s Likud party a boost to 34 Knesset from it current 30, also showed yet another drop for the Zionist Camp—a coalition of Labor and the Tzipi Livni Movement—from its current 24 to 10 seats. Which could explain why Gabai is trying to appeal to the anti-Orthodox voters, although very few in the AJC audience Monday night are likely to vote in the Israeli elections. 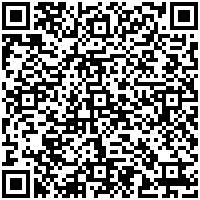