The city of Jerusalem was unified under Israeli law in 1968, following its conquest by the IDF in June of 1967.

For 19 years, since the country’s war of independence of 1948, Israelis could only look longingly from afar at the holy city, with its Temple Mount, much the way Jews had longed for it for millennia.

It was a gloomy sort of experience, but Jews were used to gloomy. It’s what we did since the first Asyrian soldier hauled away the ten tribes of Israel and we never heard from them again.

Then something brand-new happened: on June 7, 1967, Israeli soldiers retook Jerusalem and the IDF paratroopers corps commander, a colonel named Mordechai (Mota) Gur, a native of Jerusalem, seared into our national memory the declaration: Har Ha’Bayit B’yadeinu – Temple Mount is in our hands.

It was a perfect ending to our mythological tale of emerging from darkness to light, from the fires that destroyed our holy temple in the year 70, to the redemption of the house of God 1900 years later almost to the day.

Those were heady days. The sacred compound was under the administration of the IDF chief rabbi, Shlomo Goren, who organized regular prayer services on the Temple Mount, in the area where Jews are permitted to set foot according to halacha. He argued that praying by the Western Wall was a new custom, begun in the 16th century. Before that, Jews used to pray on the Temple Mount. Praying by the Kotel, which was built by King Herod to support the foundations of the Temple, was connected to the Exile. Now that we’ve been redeemed, he said, it’s time to come back to the Holy Temple.

Rabbi Goren even planned a Pascal sacrifice for the seder night of 1968. You don’t need a rebuilt Temple to fulfill the commandment of the Pascal sacrifice, he said – you just need a lamb and a fire and a nice, rotating spit.

It was a heady summer of redemption everywhere in Israel. For three weeks prior to the Six-Day War, as Arab armies closed in on us from three directions, we believed we were facing a new Holocaust, then the sky opened and the sun shone through.

But then the Israeli government, led by General Moshe Dayan in his capacity as Defense Minister put an end to all this before the high holidays of 5728. Citing security threats (there are always security threats), Dayan invited a Jordanian-sponsored Muslim charity called the Waqf to take over the holy compound – and they obliged quite happily.

Jews—or Christians, for that matter—could no longer pray on the Temple Mount, only Muslims. For long stretches, the compound was verboten to religious Jews altogether. Meanwhile, the Muslims increased their control over the Temple Mount, and physically dug up and trashed precious archaeological remnants of Jewish presence there. And they hired gangs of security guards to monitor those Jews who did make it to the mountaintop.

Israeli police, its border patrol, and the clandestine police were turned into an arm of repression against Jews on the Temple Mount. One of the rules they enforced was a preference given to Muslims on their religious holidays.

Dayan wrote in his journal in 1967 that the real reason he turned over the Temple Mount to the Muslims had nothing to do with security threats. Instead, he scribbled that the last thing he needed was a Jewish Vatican in the middle of Jerusalem.

Dayan feared the direction Rabbi Goren was taking the country. Dayan expected that a man of Rabbi Goren’s stature could lead the nation to redemption. He was the perfect religious Jew, if you will – a man of Torah scholarship, a man of courageous halachic decisions, and a military general. He and his ilk had to be stopped.

This year, the Jewish month of Iyar, the month of redemption, on the fifth of which a brazen David Ben Gurion risked everything by declaring the independence of the Jewish State, and on the 28th, 19 years later, a Jewish colonel declared “Temple Mount is in our hands” – this year Iyar and Ramadan occupy the same place on the calendar.

And this year, as a result of the late Moshe Dayan’s decision to walk away from national salvation, Jews are not permitted to celebrate on the Temple Mount. Our hopes, dreams, longings are expected to be submitted on Sunday to the dominant religion on the Temple Mount – whose believers don’t even respect the holy sanctuary – they bow facing Mecca, in the south, while their glutei maximi point at the site of our holy Temple. 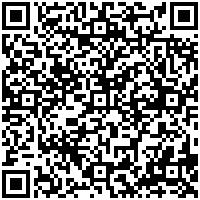