The widespread cyber attack reported in Iran on Tuesday appears to be aimed at sending a strong message to the Iranian people about the state of their radical regime, while also putting pressure on the Islamic Republic ahead of a central junction that could prove fateful for the Iranian nuclear program.

According to reports, the attack left gas stations across the country unable to function, and by coincidence or not, comes weeks before the anniversary of widespread demonstrations by Iranians against a rise in fuel prices in 2019. The hike came after Iran, which subsidizes its domestic fuel supply, increased fuel costs by 50 percent following international sanctions pressure on it.


Especially interesting are reported messages sent by hackers to the screens of fuel-pump stations and to highway digital directional sites.

“Khamenei, where is our fuel?” read one sign over a busy Iranian highway. Another photo that emerged from Iran showed a gas-pump screen displaying the message: “cyber-attack 64411,” listing the phone number for the office of Iran’s Supreme Leader, Ayatollah Ali Khamenei.

The subversive public messaging, combined with the disruption of energy, forms a powerful effect, telling Iranian citizens that their regime is not as infallible as it presents itself.

It also appears aimed at a highly sensitive issue for the Iranian regime—fuel supply—one that has proven able to increase domestic instability in the past. The attack is therefore a display of a high-end cyber-offensive capability designed to apply significant pressure on Tehran.

The timing of the attack is also curious, as it comes just as Iran’s nuclear program makes unprecedented progress in its enrichment of uranium with no tangible progress visible at this point in American-led efforts to bring Iran back into the nuclear program.

According to Maj. Gen. (res.) Amos Yadlin, former head of Israel’s Military Intelligence Directorate, the attack on the Iranian gas stations “is turning out to be a widespread and impressive cyber operation. Thousands of stations are out of commission, [causing] long lines and public resentment. The operation has been accompanied by a perception campaign of messages that point to the regime and the supreme leader as being at fault for the crisis.”

Yadlin assessed that similar to kinetic military campaigns, the strategic effect of the cyber operation will become clear further down the line.

“How long will it take to recover from the attack and to what extent will routine life be disrupted in Iran? Will the regime take control of the narrative and the public discourse, which is currently turned against it? Will the operation have a reining in effect on Iran’s negative activities in the Middle East, or will it specifically cause an escalation?” he asked.

Last year, a reported cyber attack on Iran’s Shahid Rajaee seaport terminal on the Strait of Hormuz caused mile-long traffic jams outside of the port and left sea vessels stranded in the harbor.

Whoever launched the latest strike seemed to have calculated that the regime will now be busy with damage control, and that it will absorb a warning that further cyber plans are in the pipeline, ready to be deployed when and if the attacker deems it necessary. 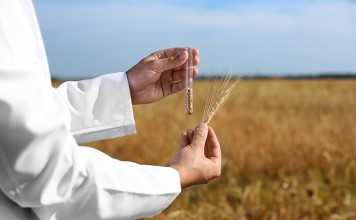 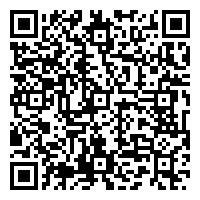