The last-minute cancellation of Jordanian prince Hussein bin Abdullah’s visit to the Temple Mount on Wednesday was apparently the reason for Jordan to refuse permission to Prime Minister Benjamin Netanyahu’s flight in its airspace on his way to the UAE on Thursday, according to a source in Jerusalem. The refusal prolongs the flight from Israel to the Emirates by more than two and a half hours.

An Israeli source involved in the details of the story told Kan 11 News on Thursday that Netanyahu’s flight was canceled even before the Jordanians refused to approve the flight path, most likely because Mrs. Sara Netanyahu is about to undergo an appendectomy.


On Wednesday it was revealed by Kan 11 that the cancellation of Jordanian Prince Hussein’s visit was due to disagreements over security arrangements.

The visit to the Temple Mount was planned well in advance down to the last detail, including references to the security arrangements and the number of armed Jordanian security guards who would be permitted to enter with the prince.

But when the delegation arrived at the Allenby border crossing, it became clear that the Jordanians were not complying with the plan, and brought more security than had been agreed. Israel insisted on sticking to the original plan, the delegation made a U-turn and returned home, with Prince Hussein also returning to Amman – followed by a message from Amman to Jerusalem that the approval of the PM’s flight overhead is being delayed.

But the Jordanian temper tantrum may not have been the reason for the cancellation of Netanyahu’s lightning visit. Earlier on Thursday morning, it was reported that the flight was going to be postponed due to the hospitalization of the prime minister’s wife, Sara, at Hadassah Ein Kerem in Jerusalem due to inflammation in her appendix. The Prime Minister’s Office said that Mrs. Netanyahu would remain in the hospital for a few days.

But his wife’s pending surgery may also not have been the real reason for the cancellation. First, the visit has been canceled several times in the past. Second, at some point, there were speculations that Crown Prince Muhammad bin Zayed who was scheduled to meet the Israeli PM at the Abu Dhabi airport, was going to send a lower-ranking representative instead. And third, there were also speculations that Saudi crown prince Mohammed bin Salman, who had been scheduled to meet with Netanyahu and bin Zayed secretly – was also opting to stay home.

In summation, it appears that everybody involved in relations with Israel on the Arab side has been jittery recently, for a variety of reasons, most emphatically overexposure and certainly how US President Biden recently treated Saudi Arabia and the UAE and his overtures to Iran.

Netanyahu’s office has been pushing rumors about a multilateral pact of anti-Iran forces in the region—rumors which work very nicely to promote Bibi’s chances at the polls but could also be a recipe for assassination on the Arab side.

Ironically enough, the chance for peace and prosperity which normally brings on a welcome sense of stability in most countries, in the Middle East foments radical reactions and occasionally political earthquakes. 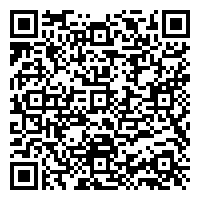