In March, Brandeis Center client American Quality Products (AQP), Zinger’s company, sued Unilever and its subsidiary, Ben & Jerry’s, for unlawfully terminating its multi-decade business relationship to boycott Israel. The lawsuit requested the U.S. federal court deem Unilever’s termination illegal, enabling AQP to continue selling Ben & Jerry’s products throughout Israel. Today, Unilever and AQP announced an agreement that resolves the legal dispute and defeats BDS efforts to keep the premium ice cream out of Israel. Under the agreement, Zinger and AQP will continue to manufacture and sell Ben & Jerry’s ice cream products to all customers in all parts of Israel, Judea and Samaria, and Gaza. Unilever has sold its Ben & Jerry’s business interests in Israel to Zinger to enable him to continue selling the same Ben & Jerry’s ice cream consumers have been enjoying for 35 years with its Hebrew and Arabic name.

“I thank Unilever for resolving this matter and for the strong and principled stand it has taken against the Boycott, Divestment, and Sanctions (BDS) movement. There is no place for discrimination in the commercial sale of ice cream. It has always been important to me to ensure that all customers – no matter their identity – are free to enjoy Ben & Jerry’s ice cream. BDS lost. I now have the right to sell Ben & Jerry’s using its Hebrew and Arabic name to all our Israeli and Arab customers throughout Israel and Judea and Samaria – forever. This is a victory for those who seek cooperation and coexistence, and a resounding defeat for discrimination. It is particularly significant for those who have stood united against BDS,” stated Zinger.

“On behalf of myself and my employees, I am grateful for the support we received from Israeli Knesset members across the political spectrum; from the Foreign Ministry under the leadership of Foreign Minister Yair Lapid; for the efforts of governors and state attorneys general from numerous states in the United States who initiated severe sanctions in response to the boycott; and for the individuals and Jewish organizations from around the world who on their own initiative spoke out against BDS and contributed to this successful resolution. Thank you also to Alyza Lewin and her team from the Brandeis Center, Marc Zell, and Nathan Lewin, who worked tirelessly to help me. It is the support we received from all corners of the globe that made this resolution possible. I am grateful to once again be able to focus on what I do best – making high-quality premium ice cream for all to enjoy,” added Zinger.

“Today’s settlement is a major defeat for BDS and an enormous victory for civil and human rights,” declared Alyza D. Lewin, president of the Louis D. Brandeis Center for Human Rights Under Law. “Last July, when Ben & Jerry’s announced that it would not renew AQP’s license, BDS activists believed they’d achieved their goal of getting Ben & Jerry’s to boycott Israel. But Avi Zinger stood up for what was right. He refused to discriminate against customers based on where they live – which is what BDS proponents were demanding. The lawsuit the Brandeis Center filed on Avi’s behalf exposed the hypocrisy of the BDS movement and demonstrated how BDS harms the very Palestinians the movement claims to support. Today, those who promote cooperation and coexistence vanquished those who endorse bigotry, discrimination, and hate. BDS tried to stop Ben & Jerry’s from being sold in Israel. They lost. Now, thanks to Unilever’s principled stand, Ben & Jerry’s will continue to be sold throughout Israel and Judea and Samaria by Avi Zinger. With this settlement, Unilever has ensured that Avi has the right – for eternity – to continue doing what he has done for decades as the exclusive producer and distributor in Israel of Ben & Jerry’s premium ice cream. This settlement enables Avi to continue providing jobs for refugees, new immigrants, and the disabled; economic opportunities for Palestinians; and support for Israeli-Palestinian coexistence programs and other human rights initiatives. Other corporations should take heed: BDS is bad for business. Discrimination never pays. Boycotts are not the answer. Engagement, cooperation, and coexistence are the true corporate avenues for peace.”

According to the lawsuit, filed in the U.S. District Court of New Jersey, where Unilever U.S. is headquartered, what Ben & Jerry’s demanded AQP do – boycott certain parts of Israel while continuing to sell in other parts of the country – is illegal under Israeli law, as well as U.S. law and policy. When AQP refused to comply with Ben & Jerry’s unlawful demand, Ben & Jerry’s refused to renew its license. Terminating AQP’s license solely because the company refused to break the law constitutes wrongful termination and breach of contract under U.S. law, which governs Unilever U.S. and its Ben & Jerry’s subsidiary.

As noted in the lawsuit, the Israeli laws Ben & Jerry’s directed AQP violate include Israel’s non-discrimination law, which prohibits discrimination in the furnishing of a product or public service based on race, religion, nationality, place of origin, gender, sexual orientation, age and residence and Israeli law prohibiting any person from knowingly calling for a boycott against Israel or an area under its control. The U.S. laws that prohibit anti-Israel boycotts include the U.S. Export Control Reform Act which prohibits companies from refusing to do business for boycott-related reasons; the U.S. Tax Code’s reporting requirements for activities related to boycotts; the U.S.-Israel Trade and Commercial Enhancement Act; and numerous state anti-discrimination policies and anti-boycott laws. According to the lawsuit, the boycott also violated the Israeli government’s consent decree for the Unilever-Ben & Jerry’s merger as well as numerous terms of the license agreement between AQP, Ben & Jerry’s, and Unilever. 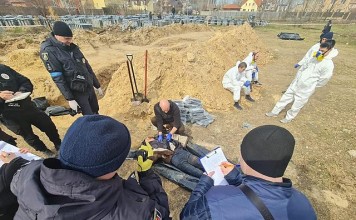 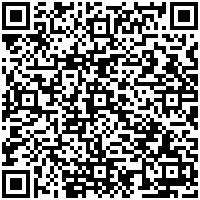