Prime Minister Benjamin Netanyahu has announced that the planned restrictions during Chanukah will not take effect on Thursday.


The government is expected to vote on Thursday on a proposal to ban staying at another person’s home from 5:30 PM until midnight every day of the 8-day holiday. Commerce will also stop at 5:30 PM in localities with a Jewish majority.

Under the proposal, it would be strictly forbidden to congregate indoors except with one’s nuclear family. Gatherings in open spaces will be limited to ten people.

Similar restrictions will be applied in Christian-majority localities during the 12 days of Christmas.

The government discussed on Thursday morning the range of restrictions that would be imposed on Chanukah to prevent the spread of the coronavirus. These restrictions will not be imposed on the city of Eilat and the hotels in the Dead Sea, which have been defined by law as “tourist islands.”

During Thursday’s meeting, Prime Minister Netanyahu said that “we have among the lowest morbidities in the world,” and compared Israel to Germany. “There’s what is being said in the media and there are the results on the ground,” the PM said, but added: “Nevertheless, we are at the beginning of a third wave.”

Netanyahu also said that it would impossible to impose the lockdown starting on Thursday.

Health Ministry officials believe that the planned restrictions on Chanukah will not be enough to curb the spread of the pandemic in Israel and demand stricter guidelines immediately. The ministry thinks that the entire economy should be shut down, except for the education system and businesses that do not require direct contact with the public.

In addition, the Health Ministry is demanding an increase in fines for violating the guidelines.

A senior Health Ministry official told Reshet Bet radio that “the government must understand that significant steps are needed right now without waiting, and not just Chanukah restrictions.”

The lockdown proposal submitted for the ministers’ approval divides eastern and western Jerusalem, and the Chanukah restrictions will apply only in Jewish majority areas, excluding eastern Jerusalem.

The Health Ministry told the ministers ahead of the cabinet’s debate of the new restrictions that “the morbidity indices set for the continued open the economy include fewer than 500 new cases per day and a morbidity coefficient below the threshold of 0.8. But these two conditions are far from being met today.” Therefore, “in the absence of intervention, there is no doubt that Israel is moving toward a wave of morbidity similar or more severe than the second wave,” the Health Ministry warned.

On Thursday morning, the Health Ministry reported that on Wednesday, 1,828 new coronavirus infections were diagnosed, and the rate of positive tests stands at 2.6%. The number of patients in critical condition is 318, and the death toll is 2,934.

Health Ministry Director-General Professor Hezi Levy told Reshet Bet that “this partial lockdown is intended to prevent mobility and convergence as much as possible,” but the Health Ministry questions the effectiveness of overnight lockdowns to prevent the spread of the pandemic.

“But we are trying to see if any of this would do anything to curb the morbidity we are in now,” Prof. Levy said, adding that “if not – it’s clear where we’re headed. We won’t be able to post a policeman in every home.”

Commenting on the transformation of the United Arab Emirates into a red state, Director-General Levy said: “We have decided to put a yellow spotlight there. If in ten days things trend red with a lot of morbidity, we will call it red. We monitor morbidity both there and among returning travelers. At the moment, in terms of morbidity, it is at the threshold, but not red yet.” 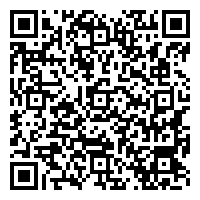