Prime Minister Benjamin Netanyahu on Sunday spoke by telephone with Polish Prime Minister Mateusz Morawiecki, and told him that his recent remarks had been unacceptable.

Prime Minister Morawiecki has been spiraling on a downward slope luge car named anti-Semitism even before the start of the winter Olympics, pushing a bill forbidding the mention of Polish death camps; then, on Saturday, telling an Israeli journalist in Munich that condemned Jews who were forced into collaboration with the Nazis—in Polish ghettos and later in those Polish death camps – were equal to Poles who went out of their way to turn in their Jewish neighbors, then steal their homes and property.


And later on the same Saturday, during his visit to the Munich Security Conference, knowing the world’s cameras are trained on him, Morawiecki took time out of his busy schedule to lay a wreath and light a candle at the memorial site of the Brygada Świętokrzyska – Holy Cross Mountains Brigade.

The Brygada Świętokrzyska was perhaps not an openly pro-Nazi group as much as an anti-Communist and anti-Soviet. It did not obey the Polish government in exile in London, and instead of fighting against the German occupiers at home, the Brygada went after the communist partisans.

During and after the war, the Holy Cross Mountains Brigade was accused of enjoying the support of the German occupation, and the Home Army, the national underground, described its members as being treasonous and openly fascist. The Brygada was well armed and trained, operated almost openly and certainly tolerated by the Germans. As such, they were resented by the civilian population.

At least one intelligence source, in the Kielce district, the Germans provided the Brygada Świętokrzyska with weapons and ammunition and the group openly cooperated with the Gestapo. They also assisted the German army in its fight against the advancing Red Army. Towards the end of the war, the group refused to cooperate with the Home Army against the retreating Germans.

In their phone conversation Sunday, Netanyahu told Morawiecki there was no basis for comparing the actions of Poles during the Holocaust to those of Jews. Netanyahu pointed out that the goal of the Holocaust was to destroy the Jewish people and that all Jews were under a death sentence. He told his Polish counterpart that the distortion that may exist regarding Poland’s responsibility for the Holocaust could not be corrected by means of another distortion.

A press release issued by the Israeli PM’s office suggested “the two agreed that their two countries would continue their dialogue on the matter and that to this end the teams would hopefully meet soon.”

Except that when it comes to a luge slope, as millions are seeing in their living rooms this week, you don’t stop until you hit rock bottom. 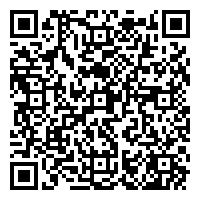