The Polish Foreign Ministry on Sunday announced it had canceled the visit of an official Israeli delegation in Warsaw because the Israelis were going to raise the issue of restitution for Jewish property stolen in WW2. The visit had been scheduled for Monday.

On Saturday, thousands of Poles marched through central Warsaw, protesting a new US law on the restitution of Jewish property seized during and after the Holocaust. The law, the Just Act of 2017 (S. 447), requires the State Department to report to congress on steps taken by 47 countries in Europe, all signatories of the 2009 Terezin Declaration, to compensate Holocaust survivors and their heirs for assets seized by Nazi Germany and post-war communist governments.


The Polish protesters waved Polish flags and banners that read “447 go home” and “No to claims,” and marched from the prime minister’s office to the US embassy. It was the biggest public display to date of opposition to the US Just Act since it had been signed into law by President Donald Trump in 2018.

Although the law covers 47 countries, no one, including Poles, has any doubt that its one, central target is Poland, because Poland is the sole state in Europe that has not passed legislation compensating Jewish former property owners. In fact, the Polish government sees itself as the main target of the law. Still, Poland has yet to pass a single, unified law regarding restitution.

Of the 3.3 million Jews who lived in Poland before the war, only 369,000 survived. Jewish property that was stolen by the Nazis and by the neighbors of the Jews who were hauled to the death camps, either remained in the hands of those nice neighbors or were confiscated by the Communist Polish authorities. The value of the Polish-stolen Jewish property is estimated in many billions of dollars.

The Poles also fear that a law promoting restitution of Jewish property in Poland would potentially set a legal precedent for other groups in Poland whose property was stolen over the years, including the aristocrats and the churches.

According to the associated Press, some Jewish survivors have been able to recover their property in post-communist Poland, but the process is mired in fraud and corruption which exploit the loopholes in the Polish laws governing giving back property that Poles and the Polish government stole from Jews.

The situation is even more problematic in Warsaw, because of the destruction of 90% of the Jewish-owned buildings during the Warsaw Ghetto Uprising. The post-war Bierut Decree transferred all the land in Warsaw to the municipality, which refused or ignored all Jewish claims.

The Polish government’s struggle to shirk the Polish people’s responsibility for their share in the industrialized mass murder of Jews by the Nazi occupiers—making it illegal to even mention it in many cases—is now hitting the phase in history where the crimes of Polish collaborators are going to start costing Poland a lot of money.

Or, as the prophet Nahum put it so eloquently (Nahum 1:2): “The Lord is a jealous and avenging God, the Lord avenges and is full of wrath; the Lord takes vengeance on His adversaries, and He reserves wrath for His enemies.” 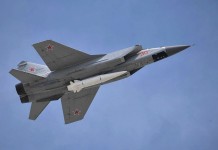 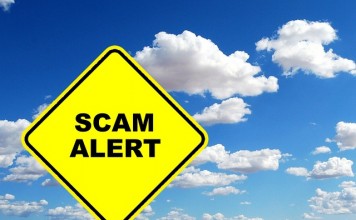