High-ranking officials in the Rightwing Union have revealed to Reshet Bet radio on Monday that during the negotiations between them and the Likud, Prime Minister Benjamin Netanyahu had told them that he intends to promote applying Israeli sovereignty in Judea and Samaria immediately after President Trump presents his peace plan.

At the same time, according to Rightwing Union negotiators, Netanyahu is refusing to give in to their demand to annul the Disengagement Plan legislation.

The Implementation of the Disengagement Plan Law, 5765-2005, a.k.a. the Evacuation-Compensation Law, provided the legal cover for the decision of late Prime Minister Ariel Sharon on the Disengagement Plan, much the way the 1935 Nuremberg Laws provided the legal cover for the Nazi race policy. The forced eviction of 8,000 Jews from their homes was approved in the Knesset on February 16, 2005, by a majority of 59 for, 40 against, and five abstentions.

According to the Rightwing Union negotiators, Netanyahu refuses to allow coalition talks on the annulment of the Disengagement Law, whose practical application today concerns the exiled Jewish communities in northern Samaria. His explanation, apparently, is that he has no desire to promote a unilateral move that the US administration would dislike.

Clearly, Netanyahu is not willing to give up the option of evicting Jewish settlers from their homes in Judea and Samaria, especially those living in the remote outposts.

The two parties are meeting on Monday morning to continue their coalition negotiations.

The report corresponds to what President Trump has said early on, that he does not cling to the slogans of the past, but rather recognizes the facts on the ground and acts on them. In addition, it seems that according to the Trump plan Israel would not be allowed to annex territory or impose full Israeli sovereignty on the settlements of Judea and Samaria. Instead, the term that will be used will apparently be “applying the civil law,” as was the case in the Golan Heights before the annexation.

The sovereignty movement, led by Yehudit Katzover and Nadia Matar, said it was deeply concerned with the details of the Deal of the Century as they were presented by Channel 12, according to which the US won’t object to the application of Israeli law to the settlements in Judea and Samaria.

“The application of Israeli civil law to the settlements in Judea and Samaria is merely a forced and dangerous attempt at a compromise that will allow the establishment of a Palestinian entity in the rest of the territory,” Katzover and Matar said Sunday night, stressing that “we do not make deals or compromise on the Land of Israel. The Land of Israel is all ours and we must apply to it the full sovereignty of the State of Israel.”

The two leaders suggested that “the establishment of a Palestinian political entity on the territory of Judea and Samaria would constitute a danger far more severe than that which lurks at us from the Gaza Strip. The plan will serve as further proof for the Arab enemy that terrorist pressure alongside international pressure can decisively defeat Israel, which repeatedly retreats from its land and turns over more and more territory to terror gangs that have sworn to establish a state on the ruins of Israel.” 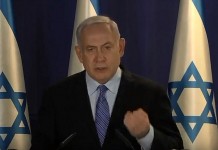 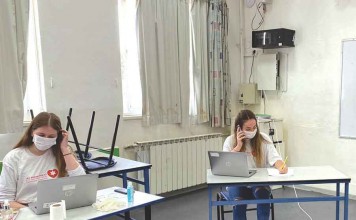