Arik Ascherman, the former head of Rabbis for Human Rights, a rabidly anti-Israel NGO which in 2016 received 5.6 million shekel ($1.6 million) from the New Israel Fund and anti-Israel groups in Spain, the EU, UK, Germany, Ireland, Norway, the Netherlands, Sweden, the US, and Belgium, was detained overnight by the police last Thursday for violating the terms of a police-sanctioned restraining order against him.

Ascherman was issued a 15-day restraining order following his altercation with Jewish residents of the Malachei Hashalom farm in the Jordan Valley, during which the radical Reform clergyman grabbed the reigns of a resident’s horse.


Ascherman, along with members of the Ta’ayush NGO, whose agents specialize in turning in to the PA police Arab land brokers who sell to Jews, are frequent, unwanted guests at Malachei Hashalom, where they get in the way of the local Jewish residents, obstruct their activities and accuse them of stealing land.

The same band of ne’er-do-wells, led by Ascherman, also harass and film IDF soldiers who carry out their tasks in the area.

Ascherman, who early in life was ejected as a rabbinical student from his college on the grounds that he didn’t “know enough about the real world,” has learned a thing or two since: in court he was represented by attorney Lea Tsemel, Israel’s notorious saint of Arabs who murder Jews.

How notorious? Remember the October 2000 lynching in Ramallah of two IDF reservists who committed the error of their lives when they drove into Ramallah and asked for directions from local police? Remember the horrifying image of a young man in the police station’s window, raising his blood stained hands in the air with cannibalistic joy? Lea Tsemel defended that man, Aziz Salha, in Israeli court. When she was asked by Ha’aretz if she had any emotional difficulties defending a man who lynched two Jews, she said: “No. Not at all. What lynching? Efshar lachshov…”

That last one, the “efshar lachshov” can be translated literally as “one could think already…” but only the Hebrew version does justice to this deep contempt which can only be expressed by Ashkenazi Jews of Polish heritage, which Lea Tsemel is, on both sides.

Incidentally, Tsemel also represented Ta’ayush agent of death Ezra Nawi, who has been taped bragging about luring unsuspecting Arab land brokers into the hands of PA security, who torture and even kill them.

Im Tirtzu, which has been filming Ascherman and his merry band of creeps, welcomed the court’s decision, stating: “Ascherman and his radical friends from Ta’ayush are provocateurs who come to incite hatred against the resident of Judea and Samaria. What’s worse, they film and harass IDF soldiers and disrupt their work, endangering the lives of the soldiers and the residents. We will continue filming these radicals and prevent them from harming Israel.” 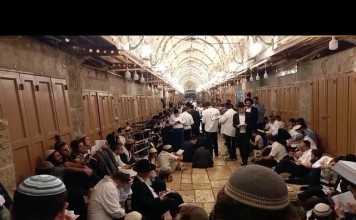 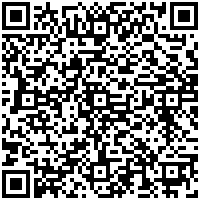