After the Yamina party had declared that it would sit in the opposition, and then returned to talks with the Likud, on Tuesday the details of the final meeting between Naftali Bennett and Benjamin Netanyahu were leaked after the Yamina chairman had informed his colleagues about his “poignant conversation” with the prime minister, in which he told Netanyahu: “You don’t really want us, you haven’t offered anything new for a month and a half.” To which the PM replied: “I will not budge from my proposal. It’s exceedingly generous already.”

Likud officials said Tuesday morning that Netanyahu had called Minister Bennett again Monday night, urging him to join the government. But according to the Likud, Bennett demanded four senior positions “for a six-member faction.” And so Likud attacked Yamina in a strongly worded message, for their “deciding to quit the rightwing bloc,” as Likud put it. “In Bennett’s refusal to accept this generous proposal, which hands Yamina all the important issues of religious Zionism, it was revealed that it was not about ideology but about seats.”


Yamina, for their part, said that Netanyahu offered nothing new in his late night conversation with Bennett. According to Ymina, Bennett asked for two significant portfolios, one deputy minister with real power, and chairmanship of the Knesset Constitution, Law and Justice Committee. The Likud stuck to their original offer: the portfolios of Education and Jerusalem, and chairmanship of the Committee on Public Inquiries.

Meanwhile, at a recent meeting between the Prime Minister and MK Yuli Edelstein, the latter said he knew for certain that Blue&White were ready to remove their veto on his re-appointment as Speaker of the Knesset, over his clash with Supreme Court President Esther Hayut. On Tuesday morning Edelstein addressed Netanyahu on the Reshet Bet radio microphone, saying: “Now it’s all up to you, just remove the veto publicly, too.”

In previous conversations between the Speaker and the PM, Netanyahu reiterated to Edelstein that Blue&White would not allow him to return to the Knesset Speaker’s post. But on Tuesday, senior Blue&White officials confirmed to Reshet Bet that in exchange for the Health portfolio, they were willing to agree to Edelstein’s return.

Now Bibi must reveal his cards: does he want Edelstein in this position of power, or would he prefer to install there someone less “independent.” 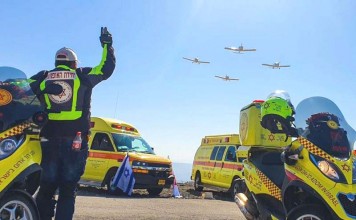 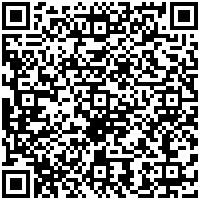