Habayit Hayehudi chairman and Education Minister Naftali Bennett, and Justice Minister Ayelet Shaked on Saturday night announced the establishment of a new party, The New Right, jointly led by the two of them, and appealing to the secular and religious right-wing voters.

The formative event behind the resignation of Naftali Bennett, chairman of Habayit Hayehudi, and his number two, Ayelet Shaked, from the party they had founded back in 2013 on the ruins of the National Religious Party, was the ultimatum Bennett had presented to Prime Minister Benjamin Netanyahu in mid-November, following the resignation of Defense Minister Avigdor Liberman from the government.


The Habayit Hayehudi Knesset faction voted unanimously in favor of demanding the defense portfolio for Bennett, “in order to change the security policy and restore Israel’s initiative and deterrence.” Bennett announced that if Netanyahu did not let him head the Defense Ministry, he and his faction would quit the coalition government. Shortly thereafter, Bennett blinked first and took back his ultimatum.

On Saturday night, Bennett explained to reporters at a press conference in Tel Aviv—not Jerusalem—that the reason for his blinking first back when, was a Netanyahu dirty trick: the PM used the great commitment of prominent Religious Zionist rabbis to the “statehood,” and sent them the head of the National Security Council, Meir Ben Shabat, who asked them to intervene with Bennett.

Ben Shabat claimed at the time that the country’s security situation was very serious and that this was not the time to go to new elections. The rabbis were convinced and pressured Bennett to “get off his tree” and give up the challenge to Netanyahu.

“After four weeks,” Bennett said Saturday night, “when [Netanyahu] decided that new elections serve his needs, he decided to go to new elections.”

According to Bennett, Netanyahu’s contempt for religious Zionism has reached an intolerable peak. “Habayit Hayehudi has become a very influential force in the State of Israel, but in the past year, the era of our influence has come to an end. If in the past we prevented progress toward a Palestinian state and the release of terrorists – now, gradually, we’ve lost our power to influence.”

“The prime minister understood that religious Zionism was in his pocket,” Bennett continued. “We had to stay in the government contrary to what we believed. We have unfortunately lost the ability to have a significant influence. This was the case in the illegal Arab construction in Khan al-Ahmar – the prime minister canceled the High Court of Justice ruling and said that within weeks he would destroy [the illegal Arab settlement] and nothing happened. The same was true when the prime minister decided to transfer $15 million a month to Hamas. It was submission to [mafia-like] protection.”

“This would be the case after the next elections, Bennett argued. “We reached record influence, and since then our power to represent the real right has sunk.”

Ayelet Shaked said: “We were unable to raise the banner of true partnership between the secular and the religious. We tried with all our hearts to create such a partnership and it did not succeed.”

The two said The New Right party would be “for the land of Israel without compromises and against a Palestinian state.”

According to Bennet and Shaked, “had this party existed 13 years ago, the disengagement [from Gaza] would not have happened.”

The deadline for Bennett and Shaked to announce their split from Habayit Hayehudi is Sunday, since, according to the law, in order to benefit from public funding and time slots in campaign broadcasts, the mother party must be split three days after the official publication of the law to dissolve the Knesset. The Knesset House Committee is required to approve the split by midnight tomorrow.

MK Shuli Mualem-Refaeli is expected to join Bennett and Shaked in their new party.

“Six years have gone by and I am grateful to the religious Zionism that opened its doors to me,” she said. “I’ve always felt at home, I feel a love for this public, Habayit Hayehudi has become a significant force, a small party but with big influence, and we’ve accomplished a lot.”

Shaked added that “we have great appreciation for Netanyahu for his contribution to the State of Israel, but the real right and the entire national camp must not be imprisoned by one figure. We’re expanding the home. This move will strengthen the right wing and create a real right that does not zigzag and does not place its personal good before the good of the country.”

MK Bezalel Samotrich, who announced his intention to run for the leadership of the Takuma movement, the Habayit Hayehudi’s faction partner in the Knesset, said in response to the Bennett and Shaked statement: “I wish Ministers Bennett and Shaked great success in their new path and hope that this step will strengthen the right-wing block. […] I call on my Religious Zionist colleagues to join the process of unifying the ranks in order to increase our influence in the Knesset in the coming years.

“There is a lot of work ahead and we will continue to lead and influence the agenda of the State of Israel without stuttering and without apologizing,” Smotrich said. 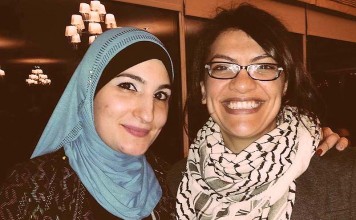