On Saturday night, Prime Minister Benjamin Netanyahu announced his government will allow prayers in open spaces with up to ten men who maintain the six foot distance and wear masks. But according to Channel 12 News correspondent Yair Cherki, the Rosh Yeshiva of Ponevezh in Bnei Brak and President of the Lithuanian Degel Hatorah faction in United Torah Judaism, Rabbi Gershon Edelstein, has issued a ruling saying, “Certainly everyone who opts for stringency and still prays at home until things are clarified is acting properly and has nothing to fear.”

To stress his point further, Rabbi Edelstein announced that the minyan in his own home will not be renewed for the time being.

According to Cherki, the Kretshnifer Rebbe, Rabbi Menachem Eliezer Zev Rosenbaum of Kretshnif-Rechovos, has ordered his Chassidim to continue their practice of “porch minyanim.”

Yes, friends, Haredi Judaism is transforming before our eyes. But wait, there’s even more: Rabbi Yitzchak Yehuda Yaroslavsky, Rabbi of the Chabad community in Kiryat Malachi and the mazkir of the Chabad rabbinical court in the Holy Land — the highest rabbinic authority for Chabad in Israel, has outright rebuked the Netanyahu decision to relax the rule against minyan prayers.

Rabbi Yaroslavsky issued a special announcement Saturday night, saying that following consultation with senior physicians, it is forbidden to pray in the public space – only on porches or alone.

All of the above suggests that the grownups are once again in charge in the Haredi community, after weeks of unmitigated carnage borne by confusion.

It should be noted that while the Lithuanian religious was still mired in its resistance to the Health Ministry’s tough guidelines regarding closing down yeshivas and synagogues in March, Chabad in Israel immediately shut down their public institutions, which is why – even following a great migration of Israeli Lubavitchers from the US back to the safety of the homeland – reports suggest that the spread of the disease in Chabad enclaves in Israel has been curbed and there are very few new cases of infection. 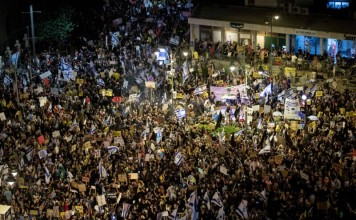 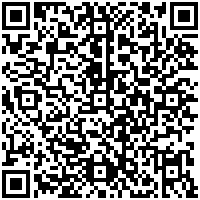