The morning after Prime Minister Naftali Bennett’s announcement that he is dispersing the Knesset and handing over the help to his brother-in-arms Yair Lapid, United Torah Judaism MK Uri Maklev told Army radio: “I think Netanyahu will not be able to form a government. I hope it won’t be the case, I don’t want to tempt the devil, it’s not a good thing, but if Gantz is the one who can put it together, he should be able to fit into the foundation outlines. I think he can also fit in with right-wing parties.”

It depends on what MK Maklev considers “right-wing parties,” because whatever Defense Minister Benny Gantz has been doing to religious-Zionist settlers in Judea and Samaria, including reneging on his promises and investing a great deal of manpower and resources in trying to evict the Jews of Homesh, was no skin off the Haredi noses. But it’s doubtful that Religious Zionism leaders such as MKs Bezalel Smotrich and Itamar Ben Gvir would view a partnership with Gantz with the same unjaundiced eye.

Still, back on August 1, 2021, Ben Gvir told the Knesset channel: “Benny Gantz is not unqualified,” suggesting he could support a right-wing and Haredi government led by the Blue & White chairman. “This is something different from Meretz, from Merav Michaeli, from Yair Lapid,” Ben Gvir said.

But on March 11, Ben Gvir responded to the administrative detention signed by Defense Minister Gantz against a young Jewish man, without any charge or criminal proceedings, saying, “This is an unusual move. No trial, no evidence, and after the investigation yielded nothing, Gantz uses an administrative detention order like in Russia and North Korea. Gantz proves for the umpteenth time what an extreme leftist he is, and anyone who deluded themselves there could be a government with Ganz today understands that the right will not support anyone who runs to hug Mahmoud Abbas and detains Jewish boys without a trial.”

As to MK Smotrich, he has been warning for the entire past year that Gantz is collaborating with the Palestinian Authority to create facts on the ground to promote the two-state solution. “Benny Gantz wants a Palestinian state and operates within the political restrictions he is in,” Smotrich said on February 2, 2022. “He authorizes them to schedule open-air works, he approves their construction plans that interrupt the contiguous Jewish settlements, and he funds them and makes them relevant in the international arena, thus inviting the next round of international pressures. That’s where this is going.”

And so, the Haredim may want Gantz to do what they don’t think Netanyahu can, namely forging a stable government in which he would mark the left, but that coalition’s other strong component, Religious Zionism, which may win as many MKs in the next Knesset as UTJ and Shas combined, may refuse the shidduch.

In that case, should Netanyahu fail to cobble enough votes to reach above 61 seats, the Haredim could agree to a coalition government with Lapid, Gantz, and the two Haredi parties. 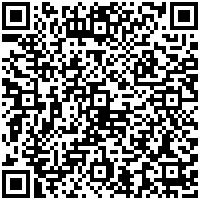