Israel’s Council for Higher Education on Thursday reversed its decision and rejected the establishment of a medical school at Ariel University. On Monday, Attorney General Deputies Dina Zilber and Raz Nazri instructed the council to convene its Planning and Budgeting Committee to reconsider its earlier decision to establish the school. Zilber and Nazri argued that one committee member, Dr. Rivka Wadmany-Shauman, supported the move while Ariel University was discussing her promotion, which meant she was in a conflict of interests about the vote. (See: Coup: AG Deputies Handicap Second Vote on Ariel Medical School, Sure to Spell Its Demise)

The two AG deputies banned Wadmany-Shauman from participating in the renewed debate, and also banned another committee member, Tzvi Hauser, because he had just enrolled on Benny Gantz’s new Resilience for Israel Party. And the two deputies insisted the new PBC decision must be received by Thursday.


And so, with two supporters of the new school removed without being replaced, the vote of the five remaining members was in favor of killing the school, throwing out the students who had already enrolled in the 2019-20 school year, and ignoring the terrible shortage in new medical doctors in Israel.

Minister of Education and Chairman of the Council for Higher Education, Naftali Bennett, responded sharply to the kangaroo court methods of Zilber and Nazri, and vowed: “I do not intend to give up.”

Bennett added that he would fight the “university cartel” until “we establish the medical school at Ariel University.”

“It’s unbelievable how many monkey wrenches [this cartel] is throwing,” Bennett added, referring to the well established schools of higher education in Israel who hate the very idea of a university in the liberated territories.

Bennett has already approached AG Avichai Mandelblit with a demand that he intervene in the excessive activism of his underlings. Bennett also promised additional moves to save the school, which has been built with generous donations from billionaires Miriam and Sheldon Adelson.

The Yesha Council issued a statement on Thursday, saying: “The cancellation of the decision to establish a medical school at the University of Ariel is damaging to the future of Israeli medicine. Israel’s academic establishment is acting on biased motives and halting the scientific development of the State of Israel.”

“In recent years, Ariel University has taught and promoted tens of thousands of graduates who hold key positions in Israel,” the statement continued. “The University of Ariel produced engineers, media and research professionals, architects, designers and accountants who are among the best in Israel. The time has come for Israeli physicians, too, to come out of Ariel University’s medical school and contribute to the health of Israeli citizens.”

“We expect the Israeli government to handle the matter and renew the permit in the coming year,” the Yesha Council statement concluded. 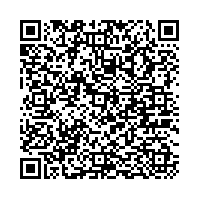