The town of Unión Juárez is located on the Mexico-Guatemala border, in the southeastern-most part of Mexico.

Police believe Helbrans’ body had been dragged down-river from a point in Unión Juárez, where the rabbi was bathing in preparation for Shabbat.

According to Diardio de Chiapas, Helbrans’ group of about 40 ultra-Orthodox Jewish families entered Chiapas three weeks ago legally from Guatemala, after having been expelled.

Born Erez Elbrans to a secular Jewish family in Jerusalem, Shlomo Erez Helbrans turned religious at age 13 and studied in a Yeshiva in Jerusalem. Around 1989 he established his Lev Tahor community in Israel, modeled after the Satmar Hasidic movement, and in 1990 moved with his community to Borough Park, Brooklyn.

In 1994, Helbrans was accused of assisting 13-year-old Shay Fima to go into hiding from his mother, a secular woman, who had brought him to the rabbi for Bar Mitzvah lessons. Helbrans was arrested, released by the Brooklyn district attorney under pressure from the ultra-Orthodox community, and arrested again, in 1996, after a speaking to Shay’s father who was wearing an FBI wire. Helbrans was convicted and sentenced to 12 years, which an appeals court reduced to 2 to 6 years. Shortly afterwards, Helbrans was placed in a work release program, but irate public cries resulted in his being sent back to prison to complete his two years. The Feds also revoked his Green Card.

After his release from prison, Helbrans ran a yeshiva in Monsey, New York, but because he did not have a Green Card, in 2000 he was deported to Israel, where he was to face indictments on accusations made by Israeli relatives of his Lev Tahor membership. Helbrans fled to Canada, where in 2003 he was granted refugee status, claiming that he had been persecuted in Israel for his religious and political beliefs.

Helbrans and his followers settled in Sainte-Agathe-des-Monts, Quebec, where the state, in 2013, attempted to remove 127 children of the cult and place them under the care of Jewish foster-care families. The Lev Tahor group then left Quebec for Chatham-Kent, in southwestern Ontario.

In March 2014, nine members of the group, including six children, left for Trinidad and Tobago in an attempt to flee to Guatemala. They were returned to Canada days later. The children were taken into foster care.

Most of the cult eventually ended up in the tourist town of San Juan La Laguna on Lake Atitlán in Guatemala. They refused to send their children to local schools or participate in community activities, and so, in August 2014, a group of elders of the indigenous population issued an edict stating that the group was not welcome to stay, citing a need to protect the local culture, under the Constitution of Guatemala.

Around September 2016 Helbrans and his cult members left Guatemala for Mexico, following a Guatemala police raid which the group said had been carried out in collaboration with Israel Police.

On Thunder And Apples 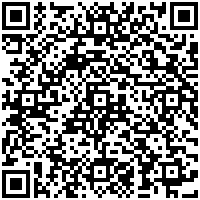