Habayit Hayehudi chairman and education minister Rabbi Rafi Peretz wanted to meet with chairman of Otzma Yehudit Itamar Ben-Gvir on Thursday to offer him the fourth place on the Rightwing Union slate, meaning that should the slate pass the vote threshold, Ben-Gvir is certain to become an MK, Reshet Bet radio reported.

It was undoubtedly a signal from Peretz to Ayelet Shaked and Naftali Bennett’s New Right party, indicating that Peretz prefers Otzma Yehudit over them.


However, following the radio broadcast, Ben-Gvir spoke with Rabbi Peretz and informed him that the meeting was canceled. In addition, Ben-Gvir asked the education minister not to use him as a bargaining chip against Bennett and Shaked.

Ben-Gvir also informed Peretz that he had no intention of meeting “if the proposed slots will be 4th and 8th, as has already been proposed.”

Prime Minister Benjamin Netanyahu has reportedly been pressuring Rabbi Peretz into an alliance with Otzma for a week now, and this was finally Peretz’s response to the pressure. But so far, although there is a decision in principle for a combined slate, nothing has been finalized. The same is true for the talks between Rightwing Union and New Right.

Earlier on Thursday, Ben-Gvir referred to contacts being conducted among all the parties to the right of Likud and accused transport minister and number 2 in Rightwing Union Bezalel Smotrich of attempting to benefit from the temporary confusion and of muddying the water with statements of jobs Netanyahu has promised to a number of candidates on Smotrich’s slate, to push Bennett and Shaked against the rope and force them to fold.

Ben-Gvir supports a large bloc of parties to the right of Netanyahu in order to save the rightwing government.

Ayelet Shaked, head of the New Right party, on Thursday morning issued a statement to the media, reiterating its call for the unification of all the forces on the right, saying this is the order of the day. In the statement, Shaked said her party had compromised on using the zipper method (alternate feed) to determine the slate’s candidates according to their party affiliation.

“We have compromised, despite the fact that we are bringing eight Knesset seats and they only four,” Shaked said, adding, “The ball is in their court now, the voters will not forgive those who will not permit a union.”

Of course, the 8 vs. 4 calculus is only based on polls. In reality, Rafi Peretz et al made it into the Knesset last April, Ayelet Shaked stayed out and only experienced a resurrection following Netanyahu’s failure to cobble together a government.

“I intend to establish a kind of Republican party to the right of the Likud,” Shaked shared her vision. “I see both Otzma Yehudit and Zehut as part of a great union. The goal is to establish one large bloc of the entire ideological right. Our goal on the right is that no vote should be lost and a right-wing government should be established with at least 61 Knesset seats. ”

Incidentally, Feiglin’s Zehut last time rode on a cannabis legalization agenda, while New Right offered a staunch, anti-legalization campaign. Who is going to betray his followers in the proposed union? Can you guess?

Shaked rejected the criticisms that suggest her partner, Naftali Bennett, is messing with the pending unification. “He runs the negotiations and does everything in coordination with me,” she said, and hinted as to the source of these rumors: Prime Minister Netanyahu, whom she expects to launch yet another “Gevald, Likud-is-losing campaign” in the final days before the election, as he has done every time before.

“It is impossible to avoid this and therefore we have to establish one large party to the right of the Likud,” Shaked said.

MK Moti Yogev (Habayit Hayehudi) told Reshet Bet that he is in favor of right-wing unification, and they are all one family, but he believes that Rafi Peretz should head the united slate, seeing as he is “a man of ideology and vision.”

However, he did agree that he does not rule out Ayelet Shaked, in light of the crisis experienced by religious Zionism, seeing as she happens to be the most popular rightwing leader in the country, with double-digits between herself and Peretz and Smotrich.

Yogev insisted the cause for the crisis were Shaked and Bennett, but conceded that anger and resentment against Bennett and Shaked are not a work plan, and there should be a way to move on with them. 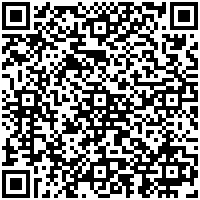