In response to the decision of the panel of nine Supreme Court justices, with a majority of 8 to 1, to reject the candidacy of Dr. Michael Ben Ari of Jewish power, which had been approved by the Knesset Elections Committee, and at the same time to approve all the candidates of the Arab parties – who had been disqualified by the committee, MK Bezalel Samotrich tweeted: “Israel will not be Iran.”


“This is the first time in the history of the State of Israel that the Supreme Court has rejected a candidate approved by the Elections Committee,” Smotrich continued, promising, “I will submit a bill to abolish Section 7A tomorrow, and I will demand that all the leaders of the coalition parties pass it during this Knesset, in order to cancel the High Court’s dictatorship.”

Section 7A of the Basic Law: The Knesset discusses the prohibition of the participation of certain individuals in elections:

(1) Denying the existence of the State of Israel as a Jewish and democratic state;

(3) Support an armed struggle, an enemy state or a terrorist organization against the State of Israel.

(A1) For the purposes of this section, a candidate who has been in an enemy state unlawfully during the seven years preceding the date of submission of the list of candidates shall be deemed to be in support of an armed struggle against the State of Israel, as long as he has not proved otherwise.

(B) The decision of the Central Elections Committee that a candidate is prevented from participating in the elections requires the approval of the Supreme Court.

(C) A candidate shall make a declaration in respect of this section.

(D) Details regarding the discussion of the Central Elections Committee and the Supreme Court and the matter of a declaration under subsection (c) shall be prescribed by law.

In a different tweet, Smotrich said, “Article 7A has been ignored time and again by the High Court of Justice with regard to the disqualification of anyone who supports terrorism or opposes the existence of the State of Israel as a Jewish and democratic state; remaining solely as a tool to disqualify candidates from the right.”

“If that’s the case, there is no need for this section, we will erase it and allow everyone to run.”

On Friday, Justice Minister Ayelet Shaked tweeted: Sunlight is the best disinfectant. In the next term as Justice Minister, I will be holding a public hearing in the Knesset for candidates seeking to become Supreme Court judges.” 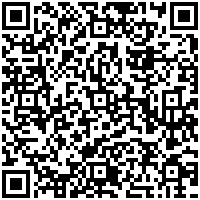