This summer, Rightwing Union senior leader Bezalel Smotrich has touched time and again the third rail of religious-Zionist politicians: the role of Jewish halacha in the running of the state, the status of the Temple, and the connection between the historic Jewish state (two of them, really) and the State of Israel.

Smotrich is not the first religious politician to have taken this dangerous path – Zehut chairman Moshe Feiglin did the same thing, both in his personal appearances and in the forward to his agenda book which had become a bestseller in Israel. The difference is that while Feiglin is a quirky politician who won’t make it past the threshold according to all the polls, Smotrich has a solid chance to be part of the third or fourth largest party in the Knesset, so that when he speaks openly about instituting as much of Jewish halacha as possible as the law of the land, he scares many Israelis.

At a Monday conference of the religious-Zionist Beit Hillel Rabbis, Smotrich said: “We would like the State of Israel to follow Torah and Halacha, but this is not possible because some people think differently and we need to get along with them.”

Except that at the same event Smotrich went on to discuss all the many ways he and his fellow rightwing ministers could restrict the desecration of Shabbat and other third rail issues, and compared the current situation in which secular Israelis ignore halacha to an environmental problem: with the right means we can purify our environment.

He was attacked viciously by the latest Hared-hater, Israel Beiteinu chairman Avigdor Liberman, who took Smotrich’s statements on a spin and depicted him as no better than the Haredim with his messianic meshugas. Smotrich used Liberman’s attack as a lever and a fulcrum for an attack on the media which threatens his free speech by rushing to misinterpret his intentions.

Clearly, it’s a strategy, and one which obviously rings true with the voters Smotrich is looking to bring back home. His Knesset slate is headed by a secular woman who is expected to do a lot in attracting the non-religious, rightwing voters who have had enough of Likud. The job Smotrich took on is to make sure this framework does not repulse the Hardali religious Zionsts who are being drawn away by Otzma Yehudit and the new, purist, Noam.

You have a friend in me, is Smotrich’s message. So get ready for a campaign suffused in messianic hopes, intense Shabbat observance promises and, who knows, maybe something about ending bank usury? That one could actually appeal to secular voters, too.

On Wednesday,Prime Minister Benjamin Netanyahu, speaking to the 41 US House Democrats who are visiting Israel as guests of AIPAC, ridiculed Smotrich’s utopian aspirations as complete nonsense. Smotrich took to the air in a matter of minutes, with a counter-attack, accusing the PM of ridiculing not just him, Smotrich, but “every person of faith.”

He stated: “Today Bibi wants to appeal to a secular audience, to scrape another mandate or two away, so today it’s convenient to prove how enlightened and advanced he is, on Smotrich’s back.”

And then, Smotrich warned, Bibi will return to the religious voters to convince them Likud is their only home. Except that “in the upcoming elections, the religious public will not buy Bibi’s vote-siphoning and gevald manipulations,” because at some point Bibi’s contempt for the religious Zionists’ intelligence will hit rock bottom.

Yes, it’s going to be a fighting season for Bezalel Smotrich, one he will undoubtedly enjoy. 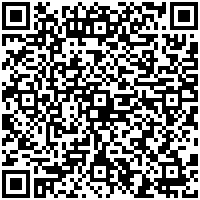