Transport Minister Bezalel Smotrich, 39, leader of the religious Zionist Tkuma faction in the Knesset, on Tuesday issued a frank and blunt message to his former partner, Habayit Hayehudi chairman Rabbi Rafi Peretz, suggesting that clever political maneuvering would be the death of both their parties. Last week, Peretz united with Otzma Yehudit without consulting his ally, in order to secure Peretz’s slate leadership against the vastly more popular Smotrich.

Of course, Smotrich was a great deal more polite and graceful than yours truly, but what I wrote above is the practical gist of what he said. I shall translate:

“As you’ve probably noticed, in the past week and a half I’ve taken a vow of silence,” Smotrich said. “I thought, and I still believe, that controversies and quarrels are damaging to us, and that it’s very wrong to engage in them in the media, in briefings and in mutual accusations.”

He continued: “Over the past two weeks I’ve heard that ‘Smotrich wants a higher spot on the list,’ ‘He wants a senior position,’ and more baseless rumors.” Obviously, that’s not what he was after.

“A party that wants to remain alive can’t be impervious to the public’s sentiments,” Smotrich continued, hinting at the near-autistic Peretz pact with Otzma Yehudit chairman Itamar Ben-Gvir, which together would stay well below the 3.25% vote threshold. “A leadership should be attentive to the public. And I do indeed hear, read and listen. I hear those voices and can’t help but be mindful of them,” Smotrich said.

Noting that over the past decade, the Religious Zionist parties to the right of Likud have been retreating from 12 seats in the 2013 election, to 8 in 2015, to a measly 5 in 2019, to a potential disappearance come March 2, 2020, Smotrich said: “I’ve recently met with hundreds of activists from both parties, rabbis and public figures, to reach an understanding that would allow an open and democratic move, in order to seek and regain the public trust – which has been lost.”

Smotrich said he had asked his Habayit Hayehudi partners to conduct a broad census of their and his voters, to be followed by primaries. He was refused, because, let’s be frank, while he, Smotrich would be crowned king of the Zionist Jews in such a process, Rafi Peretz would be pushed down to his natural place: nowhere. Peretz was picked up by the Habayit Hayehudi elders in a desperate attempt to compensate for the betrayal of their former two top leaders, Naftali Bennett and Ayelet Shaked, who started their own party one night in early 2019. Peretz continued to be a favorite target of the left-leaning media (he believes in conversion therapy for homosexuals) and his accomplishments as PM Netanyahu’s interim education minister have been dubious.

“I came to the realization that if we want to continue to represent a public, we must truly unite and at the same time receive said public’s mandate,” Smotrich reiterated, adding, “I’m not asking for the first place, nor the second or third place, nor even a realistic place. I’m also not asking for a senior or junior role or any role at all. All I ask for and demand is – let us get a mandate from the public.”

Of course, being one of the three most popular politicians to the right of Netanyahu (alongside Bennett and Shaked), Smotrich need not concern himself with getting elected and getting the meaningful portfolio in a future Likud-led coalition government. If push comes to shove, he would be an asset to the New Right party, which currently has 7 seats in the polls.

Smotrich concluded: “It would be a very great privilege to be part of a list that would revive the public’s trust, not only because it is the right thing to do, but because in my opinion it means the difference between electoral success and a crash below the threshold vote, God forbid.

“I would desperately not want to be part of a list that risks slipping below the threshold vote for disregarding the public’s will. It would not be responsible and, like I said, the fate of the country lies in the balance.” 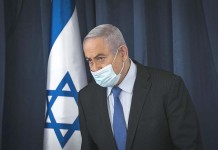 PM Netanyahu to Cabinet: Must Take Action Against Coronavirus 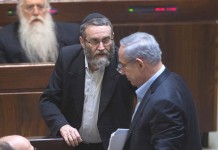 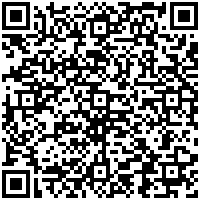