On Sunday, a large, wooden statue of Qasem Soleimani pointing toward Israel was unveiled by Hezbollah members in Maroun El Ras, a Lebanese village in southern Lebanon, some 75 miles south east of Beirut, and roughly 0.62 mile from the border with Israel.

Qasem Soleimani was an Iranian major-general in the Islamic Revolutionary Guard Corps (IRGC) who, from 1998 until his death in 2020, served as commander of its Quds Force, a division primarily responsible for extraterritorial military and clandestine operations. Soleimani was assassinated in a targeted US drone strike on 3 January 2020 in Baghdad.


Lag BaOmer is a Jewish holiday celebrated on the 33rd day of the Counting of the Omer, which occurs on the 18th day of the Hebrew month of Iyar. The most well-known custom of Lag BaOmer is the lighting of bonfires throughout Israel and in Jewish communities worldwide.

Nuff said. Here’s hoping May 11, the eve of this year’s lag BaOmer, will turn this lovely relic into the best Burning Man-type display in all of south Lebanon. 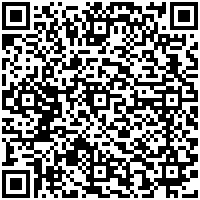