Ayelet Shaked and Naftali Bennett will meet today, Sunday (since we published this story, the meeting was pushed up to Sunday night — DI), with the heads of the Rightwing Union, to reach final agreements towards a joint run, possibly with Otzma Yehudit and Feiglin.

But the crowning of Shaked appears to be a fait accompli. On Saturday night, Habayit Hayehudi chairman Rabbi Rafi Peretz responded to his associates’ threats that if he were forced out of the first place, he would step down altogether, twitting: “All the talk about dropping out is nonsense, and I do not intend to abandon my home under any circumstance.”

The Deadline for submitting lists for the September 17 election is Thursday evening, August 1.

Sunday’s meeting will be devoted to the distribution of candidates on the list, particularly the top nine, which are presumed to be within the united religious and secular Zionist forces’ realistic grasp – minimally. Shaked and Bennett demand four out of the first nine, including the top spot, while Peretz and Bezalel Smotrich are only willing to part with three.

Smotrich is already on the record with a promise of the fourth and eighth slots to Itamar Ben-Gvir’s Otzma Yehudit, which would leave the Rightwing Union with only three – while it is the only faction that actually made it past the threshold vote last April.

Peretz will also meet on Sunday with Prime Minister Benjamin Netanyahu as part of the latter’s effort to influence the new Zionist union (wasn’t there a labor party alliance with Tzipi Livni by that name?), four days before the closing of the lists.

Netanyahu has yet to give his blessing to the unification of right-wing parties headed by Ayelet Shaked, who, along with Bennett, headed the 2009 campaign to bring Bibi back from oblivion after his 1999 defeat to Ehud Barak.

Likud Minister Zeev Elkin also referred to the expected unification as a fait accompli Sunday morning, telling Reshet Bet radio: “Note that for the past two-three weeks we’ve only been dealing with dividing the seats on the margins. In the end, this is not what will decide the elections.”

Incidentally, Ha’aretz published an editorial Sunday morning under the headline: “80% of Israeli Jews Think Like Settlers,” quoting a study by the Middle East Forum which The Jewish Press Online reported last week (Survey: Five Years After Gaza War, Israelis Don’t Believe Their Country Is Winning), and which concludes that 84% of the Jews in Israel believe that their country must win decisively the conflict with the Arabs of Gaza, Judea and Samaria, while barely a quarter of them support an Oslo-style two-state solution.

In the opinion of Ha’aretz, these findings illustrate in a broad and profound way just how dead the Israeli left is.

See you at the funeral, September 17. Dress light. 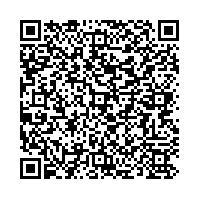