Russian President Vladimir Putin recently sent a letter to Prime Minister Naftali Bennett urging him to hand over Alexander’s Court in the Old City of Jerusalem, Ynet reported Monday. The unusual move indicates the importance that Russia attaches to the site. In early March, Jerusalem District Court Judge Mordechai Kaduri revoked the land registration of the Alexander Church Courtyard in the name of the Russian government, which raised concern in Jerusalem of a further deterioration in relations with Moscow, and a diplomatic crisis.

Russia has shown only a few years ago the lengths to which it is willing to go to acquire Alexander’s Court, which includes the Alexander Nevsky Church and several other buildings purchased in 1859 by Czar Alexander III, Emperor of Russia, King of Poland, and Grand Duke of Finland.


In April 2019, Russian authorities arrested Israeli-American Naama Issachar, a transit passenger flying from India to Israel, for drug smuggling after some 10 grams of hashish were found in her bag during a stopover in Moscow. On October 11, 2019, a Russian court sentenced her to seven and a half years in prison on drug possession and smuggling charges. In December 2019, the Israeli Justice Ministry transferred Alexander Court to Russia’s proxy, the Imperial Pravoslav Palestine Society, and on January 29, 2020, President Putin signed Issachar’s pardon. Her attorney noted that no convicted foreigner had ever been pardoned by a Russian President before.

The Russian foreign ministry stated that on December 30, 2019, Israel had made a formal decision to transfer ownership of Alexander’s Court to the Imperial Pravoslav Palestine Society, and even published a document confirming this transfer.

Judge Kaduri botched it all up in keeping with Finagle’s Law of Dynamic Negatives: “Anything that can go wrong, will – at the worst possible moment.”

After the Russian government had been registered as the rightful owner of the church, the Israeli Land Registry Commissioner responded to a string of appeals against the move with the explanation that the Russian Federation has been recognized by international bodies and by the State of Israel as a “continuing state” of the glorious Russian Kingdom, therefore, as part of the registration renewal order, the land should be registered in the name of the Russian Federation, and not the name “the glorious Russian kingdom” — which no longer exists.

And there is where the dog is buried, as the Israeli adage says. Ruling on the appeal of the Orthodox Palestine society of Holy Land, Judge Kaduri offered a lengthy explanation that comes down to this: since then-Prime Minister Benjamin Netanyahu stated that the compound is a sacred place, then the competent body to determine who owns this holy site is not an administrative body or the courts – but the Government of Israel, which is authorized to decide the issue given various religious and political considerations.

And so, this hot potato has landed in the lap of Prime Minister Naftali Bennett, in the middle of a war between the Russian government and the Ukrainian government, with the Western democracies supporting Ukraine and imposing every conceivable economic sanction on Russia.

In response to the court’s decision, Russian Presidential Spokesman Dmitry Peskov recalled that “during his recent visit to Israel, Vladimir Putin thanked Israeli Prime Minister Benjamin Netanyahu for the decision to transfer that compound.”

And if that is not enough Sopranos language for you (it would be such a pity if something happened to your nice country), Peskov added: “Israel’s friendly stance was very much appreciated by both Russian believers and the church. As far as we understand, difficulties have now arisen because of the judicial appeal by one of the parties against that. Of course, we hope that Israel will remain committed to its decision to transfer that metochion (an ecclesiastical embassy church within Eastern Orthodox tradition – DI). That’s very important to us.”

Former Russian Prime Minister Sergei Stepashin, a close Putin ally who heads Russia’s Middle East holdings, who is on a visit to Israel, chose the Sergei court in Jerusalem––built in Jerusalem in 1890 by the Imperial Orthodox Palestine Society with grants from Grand Duke Sergei Alexandrovich––which the Netanyahu government transferred to Russia in 2012, to criticize Israel, accusing it of dragging its feet on the issue of Alexander’s court because of the war in Ukraine.

“We worked on it for five years, we found all the historical documents, but the situation with Ukraine happened, and Israel behaves as is customary in Israel – they decided not to decide, and they play ping-pong with us,” Stepashin complained. He added that Russia would use pressure to gain control of the property.

Russian pressure? I wonder what he means by that… 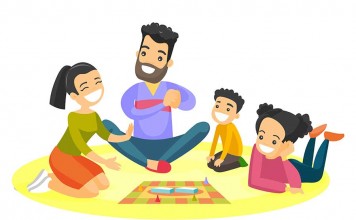 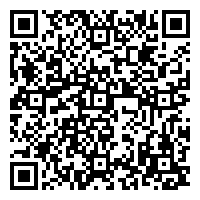