The shooting in Israel of the Russian film “The Tzaddik” which focuses on a true story from the Holocaust, was canceled, and the production team returned to Russia, News 12 reported Sunday.

After rehearsing last weekend and just before filming was to begin this coming Wednesday, the producers of “The Tzaddik,” directed by Sergei Ursuliak, announced that the eight days of filming that had been scheduled in Israel would not be possible, because the banks in Russia are unable to transfer money to banks in Israel, and they can’t shoot the film without cash flow.


Western countries have banned several Russian banks from the SWIFT international payments network in response to the invasion of Ukraine. The Society for Worldwide Interbank Financial Telecommunication (SWIFT) is a secure messaging system for banks that facilitates rapid cross-border payments. Senders of SWIFT’s secure messages can be confident they will be acted upon, as recipients are contractually liable if they fail to respond.

All that is no longer available to Russians.

Ursuliak, 64, is a Russian filmmaker, screenwriter, actor, and TV presenter. He has received five awards in Russia for his that includes 12 films he directed between 1993 and 2021. Before leaving Israel, he sent a letter thanking the local actors, saying: “I would like to thank all the actors who were supposed to take part in the production. It was a great honor for me to work with you. You are wonderful and generous players, open and ready to work. I was happy to meet you on the set but our life circumstances prevent us from doing so. I will find an opportunity to film the scenes as soon as the situation changes.”

The film “The Tzadik” is based on a true story that took place during World War II and its protagonist is Nikolay Kiselyov, a.k.a. Nikolay Yakovlevich Kiselyov, a Soviet Red Army commissar, prisoner of war, and partisan leader during World War II who is best remembered in the West for saving the lives of more than two hundred Jews in Nazi-occupied Belarus. Kiselyov was leading a detachment of the Soviet partisan movement in 1942 and volunteered to defend the Jews despite the opposition of the other partisans in his battalion. He was recognized posthumously in 2005 as one of the Russian Federation’s Righteous Among the Nations by Yad Vashem.

The 2008 Russian-language docudrama “Kiselyov’s List” focused on Kiselyov’s rescue attempt in 1942. Directed by Yuri Malygin and produced by Yakov Kaller of the AB-TV production company in the Russian Federation, the film was recognized as the best documentary film at the 2008 Listapad Film Festival in Minsk, Belarus, and was described in 2009 by the Polish Niepokolianow International Catholic Festival as a documentary yielding a “new level of historic truth in the presentation of the events of World War II.”

An American premiere, organized as part of Florida’s Miami Jewish Film Festival, was presented in 2009. 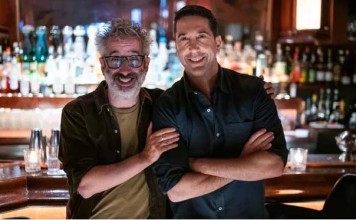 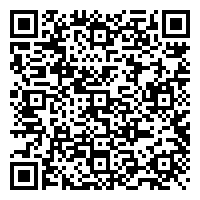