Syria’s foreign Ministry on Monday declared that, in a “flagrant aggression on the sovereignty and territorial integrity of the Syrian Arab Republic, the US President has recognized the annexation of the occupied Syrian Golan to the Zionist occupation entity.”

An official source at the Ministry told the SANA official news agency that the Trump proclamation is “an embodiment of the organic coalition between the US and Israel in the severe hostility to the Arab nation which makes the US as the main enemy of the Arabs though the unlimited support and protection offered by the US successive administrations to the Israeli usurper entity.”

Possibly. Arab countries may pay lip service to the Syrian cause, but nothing else is likely to change.

“Unfortunately, it may escalate tensions in the Middle East,” she warned. “Such things… can only exacerbate the situation,” she added. 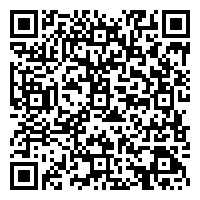