Israel has been regularly supplying Syrian rebels near its border with cash as well as food, fuel and medical supplies for years, conducting a secret engagement in the civil war aimed at carving out a buffer zone populated by friendly forces, The Wall Street Journal reported Sunday. According to local rebels, Israel wants to keep Hezbollah and other Iran-sponsored terrorist groups fighting on the side of the Syrian government away from the Israeli Golan Heights border.

According to the report, Israel is not only in ongoing communication with the rebels against President Bashar al-Assad’s regime, but has established a dedicated IDF unit that also makes modest payments ($5,000 a month) to local commanders for salaries and buy ammunition.


“Israel stood by our side in a heroic way,” Moatasem al-Golani, spokesman for Fursan al-Joulan (Knights of the Golan) told WSJ. “We wouldn’t have survived without Israel’s assistance.”

Fursan al-Joulan is not connected to the Free Syrian Army and its Western-supplies of money and arms.

Both the Prime Minister’s office and the IDF would not comment on the story, other than to say that the IDF is “committed to securing the borders of Israel and preventing the establishment of terror cells and hostile forces … in addition to providing humanitarian aid to the Syrians living in the area.” 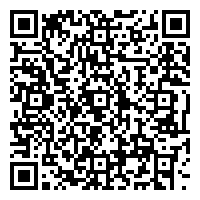