The police arrested on Wednesday night four Israeli Jews who stated they had plans to sacrifice a lamb on Friday on the Temple Mount ahead of the Passover holiday.

The police stated after the arrests that in recent days, reports have been circulating about “the encouragement of extremists to be arrested by the police in an attempt to reach the Temple Mount and act illegally.”

Acting on a court order, the police arrested four Israelis for questioning, residents of Jerusalem and Judea and Samaria, on suspicion of “intending to violate the order,” as well as “calling to violate public order or violate a legal provision.”

The suspects were arrested in their homes by police detectives and taken for questioning at the Jerusalem District Police. A lamb was confiscated at the home of Raphael Morris, one of the arrested suspects.

The Israel Police “operates against anyone who tries to violate the order and act in violation of the existing law and practice on the Temple Mount and other holy places in the city,” it stated.

“Cases and publications that raise the suspicion of a criminal offense will be examined and treated accordingly. In addition, lawbreakers of any kind will be dealt with accordingly, including making arrests, opening criminal investigations and being removed from the area as required,” the police threatened.

The Torah-mandated Passover sacrifice is a lamb ritually slaughtered on Passover eve and eaten on the first night of the holiday with bitter herbs and matzah. The offering has not been in practice since the destruction of the Second Temple almost 2,000 years ago. However, a group of Temple Mount activists has been trying to revive the practice.

The arrests came as the terror factions in the Gaza Strip threatened Wednesday to attack Israel if Jews arrive on the Temple Mount and “practice their provocative rituals in the courtyards of the blessed Al-Aqsa Mosque.”

These potential actions “represent a dangerous escalation that crosses all red lines, and a direct attack on the faith and feelings of our people, and our nation, in this holy month [of Ramadan], [and] we hold them responsible for all its repercussions,” Hamas said in a statement.

Hamas and their followers “will not allow the implementation of this criminal scheme, and will stand with all strength and valor to thwart it, and confront it,” the terror organization declared.

Responding to the threats. Ofir Gendelman, the prime minister’s spokesperson for the Arab media, stated that the “allegations that there are Jews intending to slaughter sacrifices in the Haram al-Sharif are completely false and have been promoted by Palestinian terrorist organizations and others in order to incite, provoke feelings and commit terrorist operations.”

“We will preserve the status quo in the holy places and will not allow any disturbance to security and public order in Jerusalem or anywhere else,” he said.

The country’s security establishment is bracing for further violence, especially as Ramadan coincides with Passover, and following the first anniversary of Operation Guardian of the Walls in May 2021, which was launched by the IDF following a Hamas rocket attack on Jerusalem that began at the height of the Month of Ramadan. 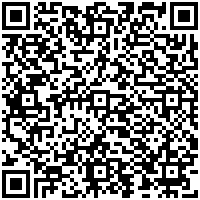